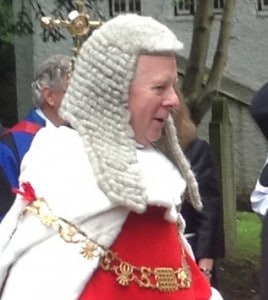 There needs to be an independent review of the operation of the legal market to investigate whether the Legal Services Act 2007 is working and why fees have not fallen in the light of greater competition, the Lord Chief Justice said today.

Lord Thomas also said judges think it was a “mistake” for their role in regulating the legal profession to be removed by the Act.

Giving evidence to MPs on the justice select committee on his 2014 annual report, Lord Thomas reiterated the concerns he outlined in it that while there has been a “massive expansion” in the number of lawyers, this has not led to prices coming down, as economic theory suggested it should. This was a “paradox” that nobody had examined.

He said there were two aspects. First, “is the new market operating correctly? Have the reforms put forward in the Legal Services Act produced a difference?” Second, is the profession structured, and does its fee structuring work, “to produce legal services that people can afford?”

For example, he asked, “in litigation, have we gone far enough with fixed costs?”

Lord Thomas said there was “no doubt” that for most people facing a dispute, a lawyer’s advice would be that litigation was not the answer. “That shouldn’t be as it denies access to justice,” he said.

He added: “An independent examination now of the operation of the legal services market… would help to see if we have got the reforms right.” This would be either for the the government – perhaps by appointing an independent reviewer – or the select committee to conduct.

Asked to outline his concerns about the current legal regulatory regime, Lord Thomas said “we all think [it] was a mistake” to end judges’ involvement in 2007, but the judiciary remains close to the regulators so as to express its views, led by High Court judges Sir Rabinder Singh and Dame Vivien Rose.

Judges are also “huge consumers” of legal services, Lord Thomas continued, meaning the quality of advocacy and disciplinary regimes were of particular interest and importance to them. As evidence that the system was not working, he pointed to the times when, as president of the Queen’s Bench Division, he had to intervene to ask lawyers how they were going to improve the conduct of immigration work.

Finally, “the relationship between the Legal Services Board, the regulators and what you should regulate – whether you regulate by activity or by profession – needs to be reconsidered.”

This included looking at the board, which at the time it was created was not expected to be needed “for long”, he said.

Last year, Lord Thomas called for a single regulator for the legal profession.

On other issues, Lord Thomas highlighted his concerns about the potential damage to the courts’ international competitiveness by increasing court fees. He said the advent of the new Singapore International Commercial Court, along with nascent courts in Dubai and Qatar, do provide competition, while he was becoming increasingly worried by competition from the Netherlands and Germany.

He said the risk was bringing in a “relatively small amount of money” from the new fees would lead to a greater loss of tax revenue from legal services to handle disputes in England and Wales.

“We have excellent judges, but one or two of my colleagues retire at an age where they can go and be judges elsewhere,” he added. Former Court of Appeal judge Sir Bernard Rix and former High Court judge Sir Vivien Ramsey are among those who will be sitting in Singapore.

Lord Thomas was also asked about criticism of the upcoming Global Law Summit to mark the 800th anniversary of Magna Carta against the background of legal aid cuts and given that some of those attending have not always shown the greatest respect for the rule of law.

Treading carefully, the Lord Chief Justice said there was benefit in showing others how the English and Welsh system, and particularly independence of the judiciary, can improve society.