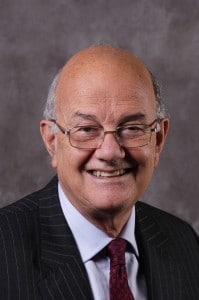 Lord Judge: “Rushed off” to see if Mr Grayling had a qualification

Lord Judge, the former Lord Chief Justice (LCJ), has told peers that Lord Chancellors should have “some legal qualification”.

Lord Judge retired from the post of LCJ last year, after five years, the last three of them spent with the current justice secretary and Lord Chancellor, Chris Grayling, who is not a lawyer.

The former LCJ told the House of Lords constitution committee that when he heard that Mr Grayling was going to be the next Lord Chancellor, he “rushed off” to see if he was qualified.

Lord Judge said he remained “extremely concerned” about the breadth of the statutory requirements for the office-holder.

“I would be much happier if there was a statutory provision that required the Lord Chancellor, and the minister therefore, to have some legal qualification,” he said.

Lord Judge said it “wouldn’t be a bad thing” if the person responsible for prisons had a legal qualification as there was “quite a lot of law” involved.

Lord Hope, the former deputy president of the Supreme Court, said it was “highly desirable” that Lord Chancellors should have “some legal experience” but they also needed the necessary “back-up” from government lawyers.

The House of Lords constitution committee was hearing evidence on the office of Lord Chancellor, against a background of fears over the future of judicial review.

Lord Woolf told the committee that the Prime Minister should publish reasons for appointing a Lord Chancellor, and give details of his experience.

The former LCJ admitted to being “mystified” as to what Mr Grayling’s qualifications were at the time of his appointment.

He said this was not a criticism of the current office-holder, who was appointed to the post and “is entitled to assume he has the confidence of the Prime Minister”.

Lord Woolf suggested changes could be made to the operation of the Constitutional Reform Act 2005 by convention, not legislation, to bring about the publication of reasons. Lord Judge disagreed.

“I think the Prime Minister giving reasons sounds effective, but what if they’re daft reasons? What if they don’t stand up to analysis? Is there going to be a judicial review?”

Lord Judge said he did not see why Her Majesty should be kept waiting by a judicial review to present the Lord Chancellor with the seals of office.

He said that during his time as LCJ he had monthly meetings with both the Lord Chancellor and the Attorney General.

Among the issues he discussed with Mr Grayling were legal aid, judicial pensions, the number of Henry VIII clauses being inserted into legislation (which had now declined), court TV, sentencing guidelines and finance.

On court TV, Lord Judge said that in the end he managed to persuade Mr Grayling that any extension of televised transmissions should require the consent of the LCJ.

Lord Judge also called for the LCJ’s traditional right to address the House of Lords in person, and not merely by letter, to be restored.

Lord Woolf added that he was concerned that “same attention was no longer being paid” to the Lord Chancellor’s role in protecting the rule of law, and “the rule of law needs protection”.