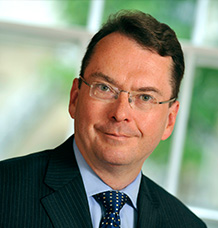 The Lord Chancellor should be a “very senior lawyer”, Nicholas Lavender QC, chairman of the Bar Council, has said.

Justice secretary Chris Grayling told the House of Lords constitution committee this week that there were “no disadvantages” to the Lord Chancellor being, like him, a non-lawyer.

Mr Grayling said the health secretary did not need to be a doctor to understand how services should be shaped and delivered. In response, Mr Lavender said the Lord Chancellor’s role was different from that of secretaries of state for other departments.

“He is entrusted with lead responsibility in government to maintain the delicate balance between, on the one hand, upholding the rule of law and protecting the independence of the judiciary and, on the other hand, respecting the interests of the executive,” Mr Lavender said.

“Legal expertise is essential to fulfil such a unique role. The Lord Chancellor should be a very senior lawyer.”

Mr Lavender said the post holder must be a “champion of the justice system” as well as guardian of the constitution.

“He swears an oath that he will ‘respect the rule of law, defend the independence of the judiciary and discharge my duty to ensure the provision of resources for the efficient and effective support of the courts for which I am responsible’.

“Justice is not a service that governments can choose to provide or not. It is a vital part of our constitutional arrangements. It needs to be defended and promoted to make the separation of powers a continuing reality and thereby to safeguard our democratic way of life for the future.”

Frances Edwards, president of the Chartered Institute of Legal Executives (CILEx), said that given the importance of the role in relation to the rule of law and independence of the judiciary, “the majority of CILEx members feel the role of Lord Chancellor should be held by a lawyer”.

She said they also felt it should not be performed by the same person who filled the role of justice secretary.

“The suggestion that being a member of a profession makes one biased overlooks that politicians are themselves subject to numerous biases,” Ms Edwards said.

“Indeed the secretary of state for justice is a political minister in a government which has collective responsibility for its political views, while the Lord Chancellor, historically, had the different role within government of standing up for the interests of the justice system and the rule of law.

“There is greater likelihood that a Lord Chancellor trained in the law would be able to instil the principles that underpin our justice system in the daily decisions they make, including tough spending decisions, than a career politician.”

In its evidence to the constitution committee this summer, the Law Society said there were “strong benefits” in the post of Lord Chancellor being held by a lawyer.

“It is most important that the post should be held by a senior member of the government who understands and is committed to the rule of law,” the society said. “Such people exist in the House of Commons.”