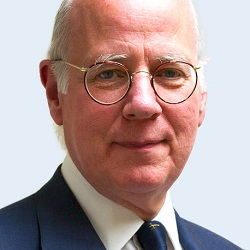 Lewis: Arrangement may become a model for others to follow

An English law firm and an Italian multi-disciplinary practice offering accounting, tax and unreserved legal services, based in the same street in London’s West End, have formed an association to assist each other’s clients.

Martin Lewis, director of Phillips Lewis Smith (PLS), said his firm’s association with Belluzzo International Partners (BIP) was based on a detailed contractual agreement and could be the first move of its kind.

It involved “long conversations” with the Solicitors Regulation Authority before it was approved because it was so unusual.

PLS is a law firm providing services for businesses and individuals, with two directors and 12 other fee-earners.

BIP is a 27-partner multi-disciplinary firm, regulated by the Institute of Chartered Accountants in England and Wales, and specialising in accounting, tax and unreserved legal services. BIP has offices in Milan, Verona, Lugano and Singapore as well as London.

Mr Lewis said ‘Phillips Lewis Smith in association with Belluzzo International Partners’ was not a merger, takeover, partnership or joint venture – rather, it was an association which carried out reserved legal work for clients of BIP while providing non-legal advisory services for clients of PLS.

He said the firms could have retained their individual identities while sharing a common brand, but it was important for them to keep their “name and independence”.

The option of creating an alternative business structure (ABS) was briefly considered but rejected because there was “still a perception” that ABSs were “in the province of large factories with commoditised services”.

Mr Lewis said he suspected the association, which took a year of planning, was the first of its kind and “may become a model for others to follow”.

He said the firms were keeping their separate buildings in Craven Street close to Trafalgar Square, but in each case had hot desks available to staff from the other firm.

Alessandro Belluzzo, founding partner of BIP, said clients liked to keep things in the same “family environment” and were happy if they needed to sign only one retainer letter.

In the post-Brexit world, he wanted BIP to become more “rooted in the British system”, while remaining an international firm.

Mr Belluzzo said that, following Brexit, there had been a greater movement of businesses from the UK to Luxembourg or Italy, while the pandemic had caused health or divorce-related problems for wealthy families.

Mr Lewis said that despite the pandemic, his firm had recorded its “strongest and best-performing year” and was looking forward to strengthening its cross-border work through the association.

The solicitor said clients understood that PLS and BIP worked together while remaining separate firms.