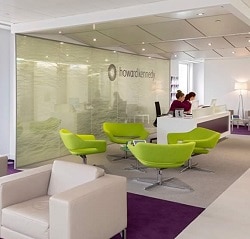 A well-known London law firm that let one of its partners use its client account as a banking facility, with millions of pounds going in and out, has been fined £35,000 by the Solicitors Disciplinary Tribunal (SDT).

The partner was fined £15,000, but the SDT made no order in relation to three other partners who became inadvertently involved in the events.

The tribunal found that over nearly six years, Christopher Langford, 72 this year, facilitated payments into and out of the firm’s client account that were unrelated to any underlying legal transaction. He was a partner when it began in 2009 and was a consultant when it stopped in 2015.

It said that on one matter ledger, the client account was credited with €4.7m over around 18 months, with payments of €4m made in the same time.

The SDT said: “The ledgers showed that there were numerous payments in respect of salaries, staff bonuses and various other items. None of the payments made related to the professional work of a solicitor.”

Even when, in April 2012, another partner told Mr Langford that the transactions had to stop as they breached Solicitors Regulation Authority (SRA) rules, he continued to facilitate them.

Three others partners – Eric Gummers, Paul Amandini and Mark Johnstone – were found to have authorised payments too, while the firm itself was found guilty of not putting in place measures to prevent Mr Langford providing his client with a banking facility.

However, Howard Kennedy’s failure to report what had happened until 2015 was not proved, as the tribunal said it could not be sure that, in 2012, the firm considered Mr Langford’s conduct to be sufficiently serious to require reporting.

It was only in 2014 that the SRA issued a warning notice stating that allowing client account to pay routine bills and invoices on behalf of a client was “no longer” appropriate.

In mitigation, Mr Langford pointed out that he had not caused any loss to his client and nor had he made any financial gain; all the payments were legitimately owed by his client, who had instructed him for over 35 years.

He argued that his admitted lack of integrity “stemmed from his wish to maintain the convenience for his client that had always been afforded to him.”

In its mitigation, the firm said it had put in place systems and controls to prevent any recurrence.

The SDT ruled that Mr Langford’s motivation “was his desire to keep [the client] happy, by continuing to provide him with services that were in breach of the accounts rules”.

It continued: “By continuing with his misconduct, [Mr Langford] had caused harm to the reputation of the profession. Whilst that harm was not intended, it was entirely foreseeable.”

The tribunal concluded that a £15,000 fine was a “proportionate sanction”.

It criticised Howard Kennedy’s failure “to take any, or any appropriate action when it discovered the rule breaches”.

The SDT explained: “The firm was aware of [Mr Langford’s] misconduct, but failed to ensure that it did not continue. It had not informed any of its authorising partners of the misconduct, nor did it put systems in place to prevent further misconduct until much later. This was a serious failing.”

It said the “inadequacy” of the firm’s systems enabled Mr Langford to continuously breach the accounts rules and, to some extent, was responsible for the appearance of the other three solicitors before the tribunal.

Given the firm’s co-operation with the SRA and the regime it has since introduced to ensure compliance, the SDT fined it £35,000.

The tribunal made no order against the other three partners, who had been found guilty on a strict liability basis.

“The tribunal determined that there had been no intention by any of them to breach the relevant accounts rules, and that they were unaware of their misconduct. The respondents were not informed by [Mr Langford] that he had been told that he should no longer request the particular type of payment.

“Further, the [firm] had not informed the respondents, or indeed any of the authorising partners of the breaches or that further requests should not be authorised.”

It said the level of seriousness and the culpability was so low that it would be “unfair and disproportionate” to impose a sanction on the trio.