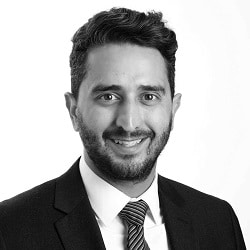 A London law firm is building what it says is the country’s first dedicated cannabis law practice as it looks to take the lead in a fast-growing market.

Mackrell Turner Garrett is following the example of law firms in the US – where there is even a National Cannabis Bar Association – and said American and Canadian companies were actively looking to invest in the UK.

Robert Jappie heads the team and is one of the few lawyers in the UK – if not the only one – to work on cannabis law issues full-time.

Speaking to Legal Futures, he explained that while many saw the cannabis market as split between medicinal and recreational products – both of which are illegal in the UK, although there are now limited exceptions in relation to the former following the high-profile case last year of Billy Caldwell – there was also a third area, cannabidiol (CBD).

This is an oil derived from the cannabis plant that is used as a food supplement in the wellness sector. It does not get the user high and is a legal ingredient.

Mr Jappie said the European market in CBD was worth about €500m, but was expected to grow to €20bn over the next five years; the UK market has expanded from £8-10m to £60-70m in just two years, he added.

He said there were some large law firms looking at the capital markets side of the industry and also issues around medicinal cannabis – DAC Beachcroft has a medical cannabis department, led by corporate/commercial partner Jonathan Deverill and last year sponsored Cannabis Invest events in London and Geneva.

There are predictions that the medical cannabis industry across Europe could reach over €55bn in the next decade, with the UK market valued at €8.8bn.

Mr Jappie said no other practice focused on the CBD business and regulatory issues.

He said: “We do the regulatory side of things – what they can and cannot do – but this is legitimate business, so there is work flowing through to the corporate and commercial team.”

This could raise unique issues that required knowledge of the sector, however.

Mr Jappie said US companies that generate income from medicinal and recreational cannabis – the former is legal in 23 US states, the latter in a further 10 – have to be careful investing in the UK because their funds could be seen as proceeds of crime.

He said this required liaising with the National Crime Agency.

Legitimate cannabis businesses could also struggle to open bank accounts and he would advise to persuade and reassure banks.

Mr Jappie added that the industry working hard to move away from obvious stereotypes.

Asked whether he was himself a user, the solicitor said he used CBD, but in terms of recreational use would only say that “I had the normal university experience – take from that what you will”.

He came to the field with a background in criminal defence and then worked for the charity Release, which describes itself as the national centre of expertise on drugs and drugs law.

So when he joined Mackrell, he told the managing partner that the firm should enter the cannabis law market.

He acknowledged that this was a risk sector and had the potential to cause reputational issues, but the firm agreed to back him – in part because the Mackrell International network of law firms included US members that were active in the field.

There were, he said “high-level discussions” about it at the firm, and along with due diligence on the existing UK market. The firm has joined the Cannabis Trades Association.

“Our involvement with the trade association and its members has helped us to understand there is real appetite both from suppliers and consumers alike for a regulated cannabis market to exist with a broader range of products made available,” Mr Jappie said.

“The best way for the UK industry to learn and develop is from a market that already exists and is regulated. This is how Mackrell International comes in.”

This led to a visit last year to some of the largest and most established grow facilities, extraction factories and dispensaries in Las Vegas and Denver, with the help of member firms in Nevada and Colorado.

Mr Jappie said: “The information acquired, introductions made and opportunities created for cross-border business development is in part down to the willingness of our firm to venture into the unknown with this project, but mainly thanks to the power and cooperation of the Mackrell International network.

“Without doubt our strongest asset in the UK cannabis industry is our exclusive access to companies and professional service providers in parts of the world that already operate in a regulated and profitable market.

“It creates a level of recognition and gravitas for our firm beyond anything we could create alone.”

The firm also looks to target niche areas – it recently opened a crypto-assets department – and Mr Jappie said: “This is a big industry that’s going to get bigger and bigger.”

He added that no reputational issues have arisen; rather, the new department has been “received really positively”, with clients interested to learn more about it.

He argued that allowing the medicinal use of cannabis was a “complete no brainer”. He explained: “Patients in numerous countries around the world which have access to it. [The ban] makes no sense at all. We will see it rolled out in UK in the next two to three years.”

So far as recreational use was concerned, Mr Jappie’s view was that people should be treated as adults – Canada, which legalised it last year, showed it could be done “sensibly” and he suggested that when other countries saw how much money Canada was making from tax revenues, they may follow suit.

“But you need to educate people about it and have a regulatory regime,” he said, suggesting that, “optimistically, the UK may make the move in five or six years’ time.

In late 2017, we reported on US cannabis law firm Hoban Law Group’s international expansion, with London on its radar. It has since opened offices in Amsterdam and Warsaw, but has yet to come to the UK.

Mr Jappie said Hoban was “partly the inspiration for what we’re doing here”.