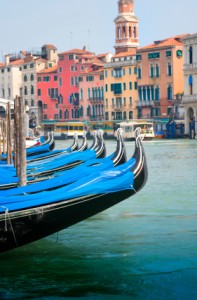 The Solicitors Disciplinary Tribunal (SDT) has ruled that three Italian lawyers in London committed a host of accounting irregularities while acting for clients in overseas property deals.

The Solicitors Regulation Authority (SRA) reported that the SDT last week found the trio in serious breach of the Code of Conduct and the accounts rules.

Mr Giambrone’s name was ordered to be withdrawn from the SRA’s Register of European Lawyers, while Ms D’Arpa and Ms Bellanca were each fined £2,000 each.

The tribunal found Mr Giambrone to be primarily responsible for the misconduct, which arose from this bulk conveyancing practice acting on behalf of clients purchasing properties abroad, primarily in Italy, from 2006 onwards. The breaches were discovered following SRA investigations, with the SDT describing the firm’s accounts as a “shambles”.

The SRA discovered client files had been sent out of the country to Italy without obtaining informed consent from clients beforehand. Mr Giambrone received clients’ deposit monies associated with their purchase of foreign, off-plan properties. He then released the deposits to developers in Italy when there were no bank guarantees in place to protect client funds and no contracts had been exchanged, despite prior express promises to clients to that effect.

The SRA said: “Crucially it was determined by the tribunal, in respect of evidence relied upon by Mr Giambrone that an employee of his firm had obtained verbal consent from clients permitting the release of deposit monies, that no such conversations had taken place and no prior consent from clients had been obtained before their deposit monies had been sent to developers abroad.

“The tribunal described all of this as serious and found Mr Giambrone’s explanation in response to these allegations to be unsatisfactory and said that he had not been frank, offering a self-serving account to the tribunal.”

SRA executive director David Middleton said: “We welcome the decision of the SDT in what was a heavily contested case. This case sends a message that clients’ interests must be protected at all times.”

In a statement, Giambrone Law said: “We are happy that this investigation has now ended as we can now concentrate in our efforts to continue growing the firm in Italy and internationally… The events in question were from many years ago (2006-2007) which were principally caused by a server crash in September 2007 which the firm worked incredibly hard to rectify.

“The SRA did not suggest that any client or former client had lost money as a consequence and the firm candidly admitted from the outset that some accounting mistakes were made. We cannot comment further until the SDT publishes its detailed reasons. The findings of the SDT do not have any material impact on the current operations of Giambrone Law in Italy since the London office has been closed since April 2009.

“The SDT findings included the withdrawal of the registration as REL for Mr Giambrone and two minor fines of £2,000 for the other respondents. Mr. Giambrone was not struck off and he will continue operating as Italian ‘avvocato’ and managing partner of the Italian firm. He does not have any immediate plans to re-apply for registration as REL to the SRA (although he is at liberty to do so) as he is no longer practising in London on a permanent basis.

“Since the events complained of, the firm has completely restructured and has now become a leading Italian practice in the international context, with over 80 staff in five offices.”