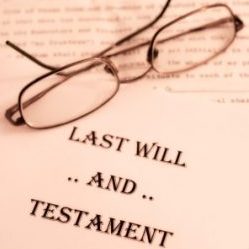 Google searches for DIY wills surged by more than 15 times in the week leading up to the second national lockdown, research by law firm Richard Nelson has shown.

Kerry Wigg, a private client specialist at the firm, described such a big increase in searches for DIY wills as “worrying” as they were often based on standard templates which were not suitable for everyone.

The research by Richard Nelson compared Google searches for ‘DIY will’ during the week of ending 7 November with the previous seven days, and it showed an increase of over 1,500%.

Ms Wigg, who works as a consultant solicitor based in Hereford, said: “Many individuals across the UK are keen to prepare their will because of the pandemic and looking for a quick and remote solution, so instinctively searching online for a template.”

Meanwhile, research by private client platform Exizent has found that more than half (56%) of private client specialists said the main reason why probate cases took so long was ‘waiting for institutions to get back to them’.

A majority of the 73 respondents also said they typically had to wait over a month for a response from an asset or liability provider, with 14% saying they had to wait for more than two months.

When asked if their firm could manage cases more effectively, 58% of lawyers said they could, although just under half (49%) felt that, given the administration involved, the time it currently took to obtain the grant of probate was “reasonable”.

A significant minority of probate lawyers (15%) said more than half of their clients came to them having attempted to obtain a grant of probate themselves.

Although it became compulsory for most grant of probate applications to be made online earlier this month, only 45% of respondents agreed with the idea, with the vast majority saying the current system was not fit for purpose.

Almost three-quarters said lockdown had impacted their work, with financial institutions taking even longer to respond as a result of staff working from home.