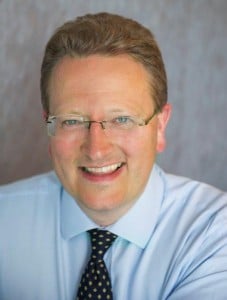 Local authorities must have a “really clear rationale” before setting up ABSs to generate extra income, a leading public services lawyer has warned.

Lambeth council has said it is applying for two ABS licences, while HB Public Law, a joint initiative by the London boroughs of Harrow and Brent, is hoping its ABS licence will be approved this month. Kent County Council is to run a procurement exercise to find an ABS partner, and there is a joint application from Buckinghamshire County Council and the Buckinghamshire and Milton Keynes Fire Authority.

“There is a risk that the interests of outside clients might not align with those of local authorities,” Mr Johnson told Legal Futures.

“An obvious example would be an ABS purporting to represent someone in litigation against the council.

“In the models I’ve heard discussed, it is assumed that lawyers will flit back and forth between working for the authority and for external clients. It is quite difficult for them to do this without some control over the confidentiality of the information they might see.

Mr Johnson, who ran an ABS – TPP Law – before it merged into Geldards, said it was essential for councils to have good processes for checking conflicts of interest and deciding whether or not to take on a case.

“Another thing is whether local authority staff will see all the information relating to the ABS and the affairs of these clients they are working for, which could be confidential.

“At the moment anyone can wander into local authority legal departments from another department.”

Mr Johnson said that indemnity insurance for the new local authority ABSs would have to be set at an appropriate level. “At the moment local authority teams carry minimal amounts of cover, but they will need a much higher level of protection if they are going to carry out commercial work.”

He added that local authority ABSs would definitely go ahead, but the most important thing was to have a “really clear rationale” for setting up the new practice.

“What is the unique selling point going to be? Is it quality? Is it lower fees? How will you compete with law firms and other providers? I don’t think anybody has fully nailed it yet.”

Mr Johnson said local authorities faced a total reduction in their budgets of £20bn in the five years between 2010 and 2015, and while obvious savings had been made, more “radical solutions” were being sought.

He said factors other than cost were creating pressure for change in local authority legal services, including the “regulatory environment and liberalisation of legal services”, leading to the setting up of ABSs.

“Often the choice is stark – significant downsizing of the in-house legal team or considering income generation. The bulk of legal service spend is on staff salaries and other employment costs.”