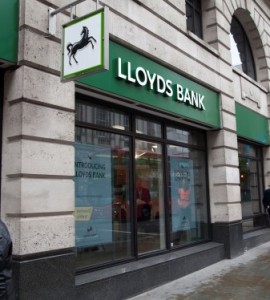 Views on transparency and clarity “have changed” since Lloyds Bank first started sending letters to debtors under the name of a solicitors’ firm, its group chief executive has told MPs.

Lloyds said they were aimed at focusing customers’ minds on the problems they faced.

It is the first bank to respond to the request from Andrew Tyrie MP, chair of the Treasury select committee, for information from the big four high street banks on their use of such letters.

António Horta-Osório said Lloyds has corresponded on debt collection matters under the name Sechiari Clark & Mitchell (later renamed SCM Solicitors) since the late 1980s, which was a registered law firm until July 2011.

Both private individuals and SMEs would have received them, but he did not specify how many had been sent, which was a figure the committee had sought.

The name ‘SCM Solicitors’ was kept and its status as part of the in-house litigation team was disclosed on correspondence, Mr Horta-Osório said. He provided the committee with a standard SCM letter – dated January 2014 – which stated this in the footer.

The letter describes Lloyds Bank in the heading as “our client” and begins by saying: “We are Solicitors for Lloyds Bank plc and act for them in relation to the above matter.”

Mr Horta-Osório told Mr Tyrie: “We believe that views on transparency and clarity have changed. Accordingly, we took the decision in March this year that the use of SCM Solicitors would cease as soon as the necessary changes could be made to our IT system.”

As a result, no new claims are being issued in that name and “we expect the use of the SCM name to cease completely by the end of September”. Thereafter all litigation-related correspondence will be sent on Lloyds Bank lettersheads, under the name and SRA registration number of an employed solicitor, he said.

Mr Horta-Osório added: “An important part of the rationale for the use of such letterheads was to address those customers in financial difficulty who have not responded to our previous attempts to engage with them because they do not read or respond to bank letterhead correspondence, exacerbating the problems they face.

“It is in both our and the customer’s interests to engage and address the financial difficulty at the earliest moment. However, we recognise that transparency is now a priority and hence the changes we’ve introduced.”

Mr Horta-Osório did not directly address Mr Tyrie’s question of whether he considered the letters to have been misleading to customers.

The furore began when for using bogus law firms. Earlier this month the Solicitors Regulation Authority warned in-house solicitors that “attempts to mislead” debtors that external firms are taking steps against them could result in disciplinary action.