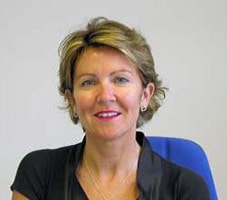 Claimant personal injury solicitors have accused the government of living in a fantasy land as they heavily criticised justice minister Lord Keen’s rationale for raising the small claims limit.

Appearing before the justice select committee yesterday, Lord Keen declared that “many” fraudulent claims were made each year, but then admitted he could not put a number on it.

He also suggested that Citizens Advice could help litigants in person (LIPs) identify whether they had a claim, but said there had been no discussions with the organisation, and suggested that claims management companies (CMCs) could step in to help too.

Simon Stanfield, chairman of the Motor Accident Solicitors Society, said: “It is extremely disappointing, but not surprising in the slightest, that the government continues not to listen and is formulating this major reform programme with little or no reliable data or evidence.”

Instead, he said, the government was base the reforms on “some historical assumptions about fraud, in particular from the Association of British Insurers, that have long since been discredited by all sides in the debate”.

He continued: “These reforms will have a very real impact upon hundreds of thousands of innocent accident victims every year and the government must have a better answer to some of the consequences than relying upon an already over-stretched charitable sector to support LIPs navigate a process that they will find complex and hoping that a re-energised CMC market can somehow be contained.”

Brett Dixon, president of the Association of Personal Injury Lawyers, said: “The government must listen to the evidence that neck, back and whiplash claims are falling.

“Latest figures from the Compensation Recovery Unit (CRU) show that these claims have fallen by 10% since 2012/13. We do not need to increase the small claims limit and force injured people to risk losing the compensation they need to address a problem which simply does not exist.

“And contrary to evidence given to the justice select committee, many whiplash claims are not, in fact, fraudulent. Proven fraud is found in just 0.25% of all motor related claims.

“Personal injury fraud is just a fraction of that, and fraudulent whiplash claims an even smaller fraction.”

Leading claimant solicitor Donna Scully, a director of Liverpool-based Carpenters, said it was “astonishing” that the Ministry of Justice still has “little or no evidence of the supposed problems and few solutions to the issue of large numbers of LIPs and an expansion in CMCs that the reforms themselves will create”.

She said: “Seemingly oblivious to all the evidence that is available, ministers appear wedded to the largely outdated and discredited concepts that there is a claims culture, that many, if not most, RTA PI claims are fraudulent, that accidents are falling – ask the Department for Transport about that one – and that LIPs will happily trot off to their local Citizens Advice Bureau for legal advice in their thousands.

“We can look forward to a future fantasy world post-reforms where motor insurance premiums will tumble down, when even insurers have acknowledged the reality is that premiums may not rise as much as they would increase them otherwise, and good CMCs will replace BTE insurance, without full consideration of how those CMCs will be paid, or that where proceedings are needed, the LIP will be a puppet operated by the CMC.”