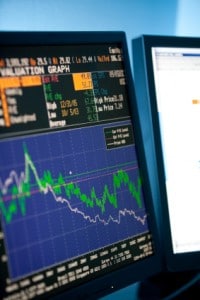 Liverpool law firm Camps is trying to pull together a group action over losses suffered by investors in alternative business structure Quindell plc following the dramatic collapse in the AIM-listed company’s share price, it announced today.

Operating through its consumer brand Your Legal Friend, Camps said that “company announcements made to the AIM market suggest that, at the very least, significant mistakes have been made by the board in its published statements despite the fact that they have, in most cases, been approved by its advisors”.

It said these included published financial results and forecast statements “which most commentators confidently expect will in the near future be very materially restated” and confirmation of progress towards a main market listing, “followed two days later by an announcement that this had been rejected”.

Camps also focused on last month’s announcement of “followed by a correcting announcement three days later which indicated that the substance of these transactions was in fact director share sales”.

It added: “These share sales were made in a period after one of the company’s joint brokers had resigned but before that material fact had been announced to the market, prompting the London Stock Exchange to launch an investigation.”

Camps also highlighted the most recent announcement that former executive chairman, Rob Terry, had disposed of a large chunk of his substantial shareholding “at prices substantially below those he claimed only a few weeks ago represented a three or four-fold undervaluation”.

“In addition, the company has faced a series of allegations by Tom Winnifrith on the Shareprophets website and by Gotham City Research in relation to the propriety of a number of acquisition and other transactions in which it has been involved in the period 2011 to 2014.”

Colin Gibson, chief operating officer of Your Legal Friend, said: “We are very concerned that many shareholders and former shareholders have suffered significant investment losses which may be directly attributable to statements by the company and its board that have proved to be extremely misleading.

“We are actively investigating and advancing plans to launch a class action on behalf of affected shareholders.

“I therefore urge current and former Quindell shareholders who believe that they may have been affected in this way to contact our legal team as soon as possible. Our professional negligence experts are working with currently available evidence to develop a compelling case for action against the company.”