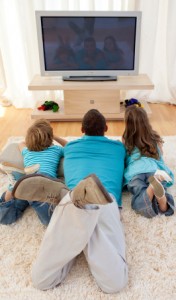 A personal injury law firm has launched a co-operative group marketing scheme based on a TV advertising campaign potentially worth up to £2m.

eLawyers, a brand owned by Paul Roberts, managing director of two-partner Liverpool and Stoke-on-Trent-based Porters Solicitors – which also trades as elawyers.co.uk – aims to build regional panels of firms who will receive exclusive leads by area of legal specialism.

The non-profit scheme styles itself as a “branded fightback to what many perceive to be the looming threat of non-lawyer owned ABS law firms [that will] leave solicitors vulnerable as the market becomes profit-led”.

Members are promised a nationwide advertising campaign of “literally hundreds of advertisements on ITV1 and other mainstream media”.

Speaking to Legal Futures, Mr Roberts estimated the funding pool would amount to “closer to £2m than £1m” if take-up of the panels was complete. Some of the adverts will be sector-specific, with the bulk given over to marketing services in the particular area of law and the final segment referencing the remaining areas.

He explained that his firm is funding the start-up costs of the venture and will take no management fee. “What we’ll get out of it is some, but not all, of the PI slots and in the longer term a capital gain from the higher profile of the eLawyers brand.”

The scheme will be based on regional panels with one firm for each of eight to 10 areas of specialism. The members will have leads forwarded to them via a call centre. All panel fees will be placed directly in the advertising pot.

The scheme is currently being marketed in Wales and the northern half of England, before being rolled out to the rest of the country. A pilot in December in the north-west, involving a Granada Television advertising campaign, was “extremely successful”, Mr Roberts said, and produced a return on investment that was “more than 300%”.

He said eLawyers was also working in partnership with “a couple of big-name businesses who have significant client bases within England and Wales”.

Mr Roberts, who previously worked at DAC Beachcroft and Keoghs before founding Porters in 2007, said: “It’s a very simple, low maintenance scheme. We simply receive enquiries and pass them on. The running costs are fairly minimal.”

He added: “There is no branding in the sense of QualitySolicitors that panel members have to have our branding above the door… This isn’t profit led, this isn’t about signing firms up and saying… you must pay us [a percentage] of your turnover – we don’t take any money at all.”

Mr Roberts added: “Unfortunately, it is a real possibility that solicitors may find themselves a profession of the past. There are genuine fears that they are going to be swallowed up and replaced by large teams of non-legally qualified staff headed up by a much smaller number of qualified solicitors whose presence is nothing short of a box ticking exercise.

“We as solicitors cannot sit back and allow this to happen. We have to come together and show that we have some mettle and are more than capable of delivering a strong and creative brand, based on a solid business structure. eLawyers is looking for like-minded law firms that want to be part of this exciting and surprisingly cost-effective revolution.”