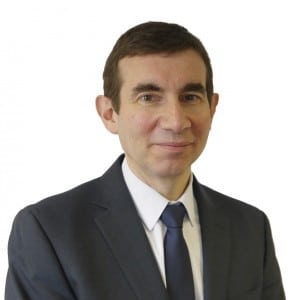 Paterno: SRA must guard against “deregulation for deregulation’s sake”

Only 5% of solicitors would be interested in transferring their client accounts to a third party, a survey of firms in the south-east has suggested.

The Solicitors Regulation Authority (SRA) is consulting on whether to allow ‘third-party managed accounts’ as an alternative to traditional client accounts.

However, almost two-thirds of solicitors said they were happy for others to be given the option – so long as there were safeguards.

The survey by McBrides Chartered Accountants involved 62 solicitors mainly in London and Kent.

Asked what safeguards might be appropriate for third-party accounts, most suggested that funds were held separately within a specified account. Requiring the third party to have insurance cover was the second most popular choice, followed by ensuring that the third party was independent.

Further safeguards proposed by solicitors were an “escrow-style service” requiring dual authorisation, a clear mechanism for dealing with disputes and making sure the process was clear to the client.

Nick Paterno, managing partner at McBrides and head of the team advising law firms, said the SRA consultation did not “seem to have engaged the legal sector”, despite the appetite for less administration.

“It’s quite possible that providing these safeguards and the necessary monitoring by the SRA may result in a greater admin burden, and if you factor in the required mechanics of arranging the transfer of funds using a provider on say the last Friday of a month, you’ll send shivers down the spines of a typical law firm accounts team.”

On other, relatively small, regulatory changes being consulted on by the SRA, opinions were fairly evenly divided on whether firms not carrying out reserved legal activities should be regulated by the SRA. Almost 40% of solicitors were in favour, compared to 36% against, with 24% expressing no opinion.

Only 10% of solicitors were in favour of the removal of the current ban on referral fees in respect of clients subject to criminal proceedings or receiving legal aid, with two-thirds supporting the ban.

Mr Paterno added: “If our south-east survey is typical of feedback overall, the mixed responses will make sensible interpretation of the views of the profession difficult. But the SRA will need to guard against deregulation for deregulation’s sake, as that can have consequences.”