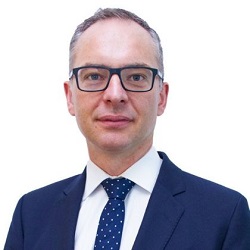 The “explosive growth” of litigation funding is behind an increase in class actions across Europe over the past two years, a report by the law firm CMS has argued.

However, the number of class actions filed in Europe in 2021 was virtually unchanged at 110, up just one from the year before but a huge jump from 2019, when the figure was 68.

In its European Class Action Report 2022, CMS said the UK continued to be the most active jurisdictions for class actions, home to a majority (54%) of those filed, while an “increasing number of claims” were launched in Holland (13%) and Portugal (2%).

Almost a third of claims (29%) concerned financial products, while 22% involved product liability, consumer law or personal injury. Human rights, discrimination and the environment made up 14% of claims, government and judicial review 7% − the same percentage as competition law, with 5% of claims related to data protection.

Researchers said the “large numbers of Dieselgate claims in a variety of European jurisdictions” was one of the factors behind the tripling of consumer claims in 2021.

Meanwhile, the significant growth in the number of competition law claims filed in Europe between 2017 and 2021 was driven not by changes to substantive competition law, but “by the availability of new class action mechanisms”.

The “key trend” in class actions against tech service companies was a rise in those relating to competition law, which made up 40% of new claims last year, as opposed to 30% for data protection.

CMS said litigation funding in Europe was “growing rapidly” and “closely connected” to the growth of class actions.

“The costs of class actions are often met by a third-party litigation funder, but – equally – introduction of new class action mechanisms increases the number of potential class actions, which attracts funding capital. There is a two-way supply/demand relationship.”

Researchers said regulatory and court attitudes to third-party litigation funding were, in general, softening in the UK and Europe.

“Current socio-economic conditions will increase litigation volumes, with growth opportunities for litigation funding. Each of Covid-19 and lockdowns, rising inflation, commodities shortages and the war in Ukraine will lead to disputes.”

Researchers added that litigation funding could be “very lucrative”, with returns higher than those in private equity, real estate, traditional credit and hedge funds.

Kenny Henderson, litigation and arbitration partner at CMS, said: “Claimant law firms and litigation funders are more active than ever before, looking for new claims to bring – which they see as profitable opportunities.

“Class actions can be expensive to fund, and litigation funders will of course do their diligence carefully. But many funders are focusing on this area given the potential for very high rewards.

“As litigation funding expands, and in particular into class actions where the class members are often private individuals without independent legal advice, we are expecting increasing calls for formal statutory regulation.”

Mr Henderson added: “A ‘rush to the courthouse’ dynamic is developing, where many people will be involved in multiple class actions without their knowledge.

“Claimant law firms and litigation funders are not waiting for regulators; they are increasingly bringing stand-alone claims where they will seek to prove liability.”