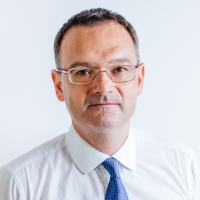 A litigation funding platform has launched an “automated secondary market” to allow high-net-worth individuals to trade investments in cases that already have funding and are being litigated.

AxiaFunder said the secondary market, believed to be the first of its kind, would be “carefully supervised” and investments could not be traded close to key case events, such as mediations or court hearings.

Buyers have to invest at least £500. There are currently two secondary market investments listed on the company’s website: one for a breach of employment contract case valued at £2.6m where investors can buy up to 1,945 units at £13 each.

The other is a Francovich claim against a European tax authority for inappropriately charging VAT in breach of EU law valued at £15m but facing what AxiaFunder said was a “misconceived” strike-out application.

It needs around £200,000 to fund the case to the end of the application which, if unsuccessful, is likely then to lead to a pre-trial settlement, according to the site. There are 700 units available at £12 each.

Cormac Leech, chief executive of AxiaFunder, said that because litigation funding was “relatively high risk”, the platform was only suitable for “sophisticated and high net-worth” investors.

The onboarding process includes a risk-based questionnaire to ensure investors are fully aware of potential risks. The confidentiality of case information is protected through non-disclosure agreements by all prospective investors.

AxiaFunder said it had funded 13 cases since its launch in 2019, with a total amount invested of around £1.9m.

“We expect to close two more offers in the coming weeks, which will increase the total funded to £2.5m. So far, five cases have resolved with an average annualised return for investors of 55%. Eight cases are ongoing.

“In the long term, adjusted for losses, we expect the platform will generate average investor returns of at least 20% per annum.”

Axiafunder said the secondary market would provide sellers with the potential to reduce their minimum holding periods on investments, which would otherwise typically take two to three years to mature.

“It will also help sellers to manage liquidity and risk. Buyers will be able to access cases that are already funded – enabling increased portfolio diversification.

“For claimants, we expect that the secondary market will in time become more liquid, which should tend to increase the availability of litigation funding while also lowering its cost.”

AxiaFunder said it would “monitor the proposed selling price for each investment”, which depended on several factors including contractual entitlement of the security over time if the case won, prospect of success and liquidity and risk preferences of the seller.

The litigation funder said that typically it helped lawyers finance commercial claims valued between £25,000 and £1m, with a “target turnaround time between one to two months from the initial enquiry to funding completion”.