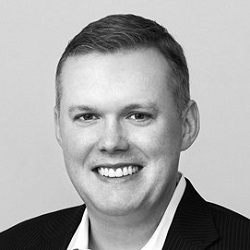 The world’s largest litigation funder, Burford Capital, is looking for more law firms willing to exchange a minority stake for capital as an alternative to stock market listing, its London head has told Legal Futures.

John Lazar said the minority stake Burford took in 2020 in specialist London fraud firm PCB Byrne had gone well and they had a “great relationship”.

Burford has talked to other firms about similar arrangements, he explained. “It’s a part of the law firm world that we’d like to expand in.”

Mr Lazar, an American lawyer who runs Burford’s operations in the UK and Europe, said: “Law firms and the practice of law have evolved at glacial speeds, but law firms must innovate to meet clients’ needs.

“Alternative business structures (ABSs) provide an opportunity for innovation in the field, and legal finance companies can work with firms that move to an ABS structure to enhance their success.”

He saw significant benefits from firms converting to an ABS, saying they permitted greater flexibility in offering alternative billing arrangements.

“An ABS helps firms innovate in ways clients want them to, enabling firms to invest more in their people and their business for the benefit of clients.”

An ABS also offered more access to capital. Although initial public offerings provide for “greater equity opportunities”, Mr Lazar said, they did not make sense for the vast majority of law firms.

Backing from a funder meant firms were not subject to capital market fluctuations. “We can create virtually the same structure without creating the same kind of risk,” Mr Lazar went on.

He described the stake in PCB Byrne as like “any other investment” Burford has and stressed that it did not decide who funding clients instructed.

Where claims did not already have lawyers attached, Burford provided a list of usually three firms to talk to; it did not automatically recommend PCB. “If they are the right lawyers for the case, we’ll recommend them with a couple of others, and disclose our interest,” Mr Lazar stressed.

Separately, City dispute resolution law firm Pallas Partners has said it is open to the possibility of external investment – in an interview published by Burford.

Pallas, an ABS, launched earlier this year with the mass defection of five partners and 22 other staff from the London office of US firm Boies Schiller.

In the interview with Burford co-chief operating officer Aviva Will, Pallas founder and managing partner Natasha Harrison said being ABS gave the firm “maximum flexibility as we grow”, first by allowing business support and non-lawyers the opportunity to become partners

Mr Lazar also spoke about the success of Burford’s initiative to increase diversity in the law by committing dedicated funding to cases led by female or racially diverse lawyers.

The second stage, launched last year, doubled the commitment to $100m and made it available on the basis of racial diversity as well as gender. In future, LGBT lawyers may be included too.

Also, when Equity Project-funded matters end and generate a return, Burford contributes on its client’s behalf a portion of its profits to organisations that promote lawyer development for female and racially diverse lawyers.

Mr Lazar said: “As of February, with more than half of phase two funds committed, Burford has now made more than $100 million in cumulative commitments to Equity Project matters. It’s remarkable how quickly we have committed this significant amount to increase diversity in the business of law.”

Burford has funded several claims with London-based female lawyers, including a claim with an all-female London based team, he said.

“The Equity Project has been tremendously successful in the UK, where women make up little more than a quarter of partners at 10 of the most prestigious firms, according to research by diversity-analytics company Pirical, and where racial minorities make up about 8% of UK-based partners at elite British firms.”

Law firms had to stop “just ticking the box” of diversity, she said: “So many law firms approach diversity as something that needs to be done, without a true understanding of its importance or a belief in the power of diversity… that it’s not just morally correct but drives better results for clients.”

“It happens with some clients. But clients must hold law firms far more accountable for the diversity of the teams and making sure that they are always diverse. To the extent that their law firms are not doing so, they shouldn’t use that firm.”