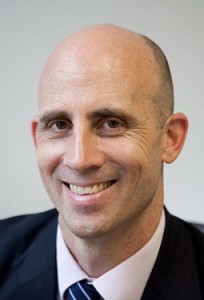 A litigation funder with £40m a year to invest is considering using alternative business structures (ABSs) to make funds available to law firms, according to its chief executive.

Speaking at the Law Society’s civil justice section conference last week, Brett Carron, the chief executive and co-founder of Harbour Litigation Funding, said Harbour would consider funding arrangements with firms willing to work under damages-based agreements (DBAs, formerly known as contingency fees), which are due to be introduced next April.

One option would be for a firm to set up an ABS structure including funding vehicles for their firms, or departments within their firms, said Mr Carron. “From our point of view we would certainly look at those kind of arrangements, where we were comfortable with the lawyers working on those kinds of cases… so we would effectively become an ABS funder for that particular group within that particular firm.”

He emphasised that Harbour was not interested in becoming an ABS provider or a source of capital for the firm. “We’re really focused on litigation rather than on financing law firms generally,” he said.

The firms would have to be interested in doing DBAs, said Mr Carron. “Part of the issue with DBAs is that from a law firm’s point of view you have a shortage of working capital – you have all the [work in progress] tied up, you’re not able to bill for it. You hope the case will be successful but you don’t know if it will, so for some firms it puts enormous pressure on them – it limits their ability to do these kind of things.”