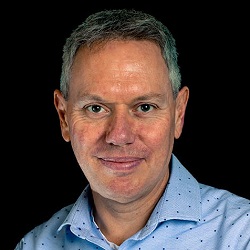 Bird: Mistake to become too judge-centred

A litigation analytics company is using machine learning to help lawyers predict the outcome of intellectual property (IP) cases, in what is believed to be the first move of its kind in the UK.

Edward Bird, managing director of Solomonic, said the company was close to completing its analysis of 600 High Court intellectual property list rulings and over 3,000 claims, in partnership with law firm Pinsent Masons.

Mr Bird said one of the decisions the new IP and patent litigation module could help with was whether clients should bring proceedings in London or New York.

“Until we produce this data it is very difficult for lawyers to know how their clients will be treated by different jurisdictions.

“What are the arguments most used by judges? What type of applications tend to succeed?”

Mr Bird said Solomonic had taken time to build a methodology and decide what was the most relevant information to extract from its analysis, a process which began last year before the first rulings were analysed this spring.

He said the approach taken by a particular judge to a specific legal issue could feature in the analysis, alongside whether that judge was more or less likely to grant an interim injunction, or how he or she handles the decisions of foreign courts.

However, Mr Bird said Solomonic’s existing commercial disputes module had shown it was a mistake to become too “judge-centred”.

He went on: “It can be useful to know a judge better, but you don’t know who the judge is going to be until very close to the trial date.

“It can be more useful to know more generally how IP claims perform in an English court and what the patterns are behind the high quality of justice. How long do cases take and what is the baseline context for success?

“People are nervous about the idea of analysing a judge’s judgments, but this is much more a tool to help you understand how claims work and what has happened in the past.

“Rather than lawyers looking only at precedent-setting cases, we can give them information about which cases win and which lose. It’s an insight to add to their armoury.”

Mr Bird said this type of analysis could enable lawyers to see more clearly who was bringing claims, how many there were and whether there were particular kinds of claim, such as the dispute between M&S and Aldi over chocolate caterpillar cakes.

Mr Bird said he expected the new IP module to be ready to go to market by the end of November.

This would be followed by a module on insolvency and restructuring, with a “sandbox version” ready before Christmas, and the possibility of further modules on arbitration, appeals and competition law.

Solomonic said Henry Edwards, a barrister at 8 New Square, helped ensure the quality of the analysis was “robust” and would advise on development of the module, which is aimed at barristers as well as solicitors.

Christopher Sharp, an IP partner at Pinsent Masons, commented: “As litigators, we draw on our experience to assess judicial attitudes and likely outcomes of cases, but this module allows us to use data to advise our clients on a statistical basis about how a judge may approach a certain case.”

Solomonic announced a partnership with litigation funder Therium Capital Management last summer, and has partnered with other law firms, such as Herbert Smith Freehills and Stewarts.