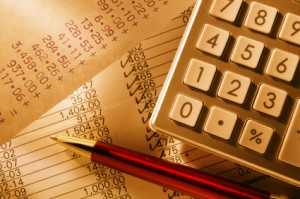 The fears of litigants about the high cost of legal representation were borne out by their experience, government-commissioned research has found.

The qualitative research, carried out by Ipsos Mori for the Ministry of Justice, accompanied the government’s response to its court fees consultation and aimed to discover whether they would have been deterred from starting proceedings if fees were set at higher levels.

It questioned 54 civil claimants and family applicants, including individuals and small businesses, and covered those who were privately paying, funded by conditional fee agreements (CFAs) and legal aid, and litigants-in-person. As the government no doubt hoped, the survey concluded that most claimants did not consider court fees a barrier to taking a case to court.

However, a section on self-funded represented parties supported the argument that fixed fees in litigation could help to mitigate consumers’ fears about spiralling cost. The researchers said litigants often began with the perception that representation was expensive, a view that was reinforced when initial quotes were supplied.

They also found, in both civil and family cases, that self-funded claimants and applicants “tended to find that the final costs were higher than expected”, confirming their initial misgivings about price. The survey explained this was because “they had typically believed that the case would be completed sooner and would involve fewer court appearances, and less involvement from a solicitor”.

The researchers conceded that this might not be the view of the majority of civil litigants given that many settle before a hearing.

Fear of up-front costs drove many litigants to seek representation under a CFA and they reported that they would not have been able to afford representation if they had not found a solicitor willing to act for them on that basis.

Unsurprisingly, the researchers concluded that their findings suggested that “legal costs could be a potential deterrent to bringing cases to court for those who do not have sufficient earnings or savings to pay such costs independently”.

Among litigants-in-person, many claimants seeking relatively small amounts of money were content to proceed without representation, but some who wanted representation and could not afford to pay for it, decided to self-represent rather than drop their case.

In the above context, “low awareness” of court fees was common and they were not considered crucial in decision making. The fees “were perceived to be a relatively small element of the total costs of going to court”.