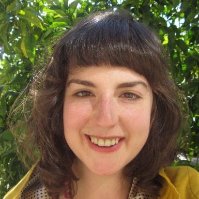 The civil courts should be reformed by introducing human-centred design principles into the courts, which would make them welcoming and easy to navigate for litigants-in-person (LiPs), according to new research.

This would overturn an evolution that has favoured legal professionals over ordinary court users, and make the whole experience more efficient and less intimidating, it argued.

Margaret Hagan, head of the Legal Design Lab at Stanford University in the US, argued that – based on work she did at California state courts’ self-help centres – relatively simple interventions could make a big difference.

In a paper, she highlighted seven points for courts to focus on: creating ‘navigable pathways’ to help LiPs understand the legal process; user-friendly signage in person and online; giving LiPs a “warm and efficient welcome experience”; making paperwork clearer; enhancing online tools; providing work stations in court buildings; and encouraging a “culture of usability testing and feedback” in the court system.

The academic pointed out that human-centred design was widely used in commerce as an innovation strategy and was gaining influence around the world in legal systems, for instance when creating online alternative dispute resolution in British Columbia, Canada.

In the UK, a design agency had worked with technology giant Cisco on making court technology more accessible for litigants, including video conferencing.

Her thesis was that human-centred design could “spur innovation in access to justice”.

Ms Hagan said her research had gleaned anecdotal insights into the “poor user experience” of LiPs, including that “the legal system was made for judges, clerks, and lawyers” and was “intimidating and overwhelming for litigants”.

Also, obtaining a resolution through the courts required making difficult strategic choices that was a tremendous strain for LiPs.

She continued: “These are demanding of a person, particularly when they are already in a difficult life situation, going through problems with family, housing, debt, employment, or otherwise.

“The volume of tasks and length of time required can be overwhelming and eventually lead to disengagement.”

As well as reform within the courts themselves, Ms Hagan recommended further research into work outside courts, such as “more mobile-based form-filling tools” which, for instance, might “allow for voice-based input or easy typing, and several people could collaborate on a single form”.

The success of court services should in future be judged by the entire “journey” of the litigant through the legal system, she urged: “Typically, this journey includes the tasks of issue spotting, engaging with the legal system, finishing tasks, attending hearings, and coming to a resolution.”