Litigant in person can sue law centre and barrister for negligence 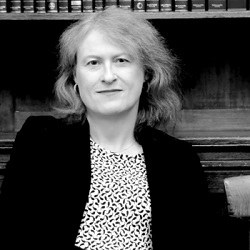 McCloud: Not fanciful to say claim was brought in time

A litigant in person is not statute-barred from suing a law centre and barrister for professional negligence, a High Court master has ruled.

Rejecting an application from the Mary Ward Legal Centre and barrister Andrew Dymond to strike out the claim, Judge Victoria McCloud said the running of time in professional negligence actions was “very fact sensitive”.

Describing the case as “quite a sad one”, the judge said Anna Christie could not afford to pay the service charges owed to the local council for her flat near the Shard in central London, and as a result ran the risk of long leasehold forfeiture.

Ms Christie, who was around £14,000 in arrears, sought advice from the Mary Ward Legal Centre and it obtained specialist advice from counsel.

“The advice was to the effect that it would be a disaster for the lease to be forfeit since the claimant would lose the lease and its value and that it was best to find a way to ensure that she was able to sell the property, realise the value and pay off the arrears.”

Judge McCloud said Ms Christie “ideally wanted” to keep the property and was presumably unaware that the county court had the power to grant relief and attach the arrears of service charge to the property as a charge or loan.

“By the time she found that out, not having been advised that that was an option, it was too late because the sale had been agreed. The flat was sold at the end of July 2013 and the arrears paid off.

The judge said she had already ruled that the claim against the law centre should be struck out on the grounds “of the defence which solicitors can claim where they have relied entirely on counsel’s advice, in what is a fairly unusual area of work where typical council claims relate to rent arrears and not long lease forfeiture”.

Ms Christie issued her claim in mid-July 2019 on the basis that the defendants had negligently failed to avoid the sale of the property, in effect a forced sale, by seeking relief from forfeiture. The nature of the alleged loss was the lost value of the lease.

The defendants, in their application for a strike-out, argued that time under the Limitation Act ran not from the sale of the flat, but an earlier date in the proceedings when “any form of loss however slight” was suffered by Ms Christie.

The first hearing was in November 2012 and, the judge recorded, there were “two or three rather trivial court hearings, resulting in some delay and awards of costs against Ms Christie”, as well as a possession order but with a very extended period allowing her to seek relief against forfeiture, and some minor conveyancing costs preparatory to sale.

This “may well have impacted her funds out of pocket, and her and the court’s time”, but did not amount to a loss for these purposes – it was the inability to obtain relief which caused her loss due to the forced sale.

In the judge’s view, time started running when the contracts for sale of the flat were exchanged at the end of July 2013.

As a result, Judge McCloud said she agreed with the claimant that it was “not fanciful” to argue that the claim was commenced less than six years from limitation start date

“If it is clear that the value of the chose in action (the right to relief) has been substantially, materially, diminished before the limitation date, an action will be statute barred but that there is a reasonable prospect of showing that that is not the case here.”

She said she allowed Ms Christie “some latitude in terms of the niceties of pleading” since she was not a lawyer. “I am therefore considering the substance of her arguments rather than the formalities of drafting.”