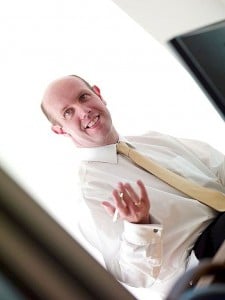 Noyce: legal services market is screaming out for further consolidation

Gateley and other law firms looking to go public must show they can avoid the costly mistakes the accountancy consolidators made when tried stock market listings, a leading commentator has warned.

Peter Noyce, head of professional services at accountants Menzies, said Gateley CEO Michael Ward “certainly gives the impression that there is structured thinking behind the move” when he described the catalysts for value creation as being to “acquire, incentivise, differentiate and, where sensible, diversify”.

“The legal and accountancy sectors will watch with interest the multiples that Gateleys uses in its acquisitions. It will be a far cry from the traditional merger of two partnerships, where business valuation is a private matter. Paying over the odds will not only threaten their business model, but also set an unrealistic bar for the next acquisition.

“The legal services market is screaming out for further consolidation, but asset prices must be realistic.”

Speaking to Legal Futures last week, Mr Ward said a key issue to address with potential investors was that “the people who have gone before in professional services businesses haven’t done so well”. He said Gateley had looked at these forerunners “and addressed all the issues” they raised.

Mr Noyce explained that it was not the AIM model that caused the accountancy consolidators problems, but rather how they implemented their strategies.

The cost base proved to be too high, and when coupled with reducing revenues, along with impairment reviews of goodwill values being carried, “investors and banks began to get concerned”, he said.

They were unable to absorb acquisitions in such a way as to make the combined entity more profitable than the standalone practices, Mr Noyce said, suggesting that the consolidators may have simply become too big “with a focus on top line rather than profit”. Also, regional firms becoming part of a national organisation “often did not fit”.

Mr Noyce said that to convince investors, Gateley will need to follow through its stated strategy “so that there are no surprises”.

He added: “The management team should not underestimate the external reporting that will be required. The profit warnings that Tenon gave out regularly, and accounting errors also do not give confidence in the operation. Again, management control and information will need to be tight and reliable.

“The culture that has made them successful should continue to be the cornerstone and acquisitions should be embraced by all; the idea of Gateley staff being involved in ownership and therefore more inclined to embrace their new colleagues and work for the collective good will assist.”