Listed law firms on the up after successful acquisitions 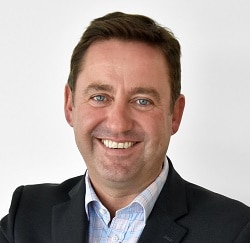 The UK’s first listed law firm, Gateley, is expecting its annual revenue to top £100m for the first time, at least a 20% increase in turnover, it told the stock exchange today.

In a trading update, the firm said its strong growth was down to both organic and acquisitive growth.

Half of the growth was attributable to the acquisitions of housebuilder specialist law firm GCL Solicitors in May, and human capital consultancy Kiddy & Partners in June.

In a statement to investors, Gateley said: “Current activity levels remain encouraging despite the backdrop of political and economic uncertainty and the Board has continued to invest for the future with total staff numbers rising from 791 as at 30 April 2018 to 928 as at 31 October 2018.

“Acquisitions of complementary non-legal businesses remain a core part of the group’s growth strategy to enhance its service lines and cross sell to a widening group of its clients. The board is delighted with the contributions all four post IPO acquisitions have made to the group to date.”

Chief executive Michael Ward said: “Our strong financial performance continues to enable the board to invest in the future of the group.”

However, the firm’s share price has been slipping during 2018, from a near all-time high of 190p in January to 150p today.

Earlier this week, regional law firm Knights – which listed in June – made a similarly upbeat trading statement on the first six months of its financial year.

“The board is pleased with the group’s continued performance and is confident that the results for the half year will be in line with expectations, with a double digit increase in organic revenue compared to the same period last year alongside strong EBITDA growth,” it told the market.

It has made two acquisitions since April – Turner Parkinson in Manchester and Spearing Waite in Leicester – and “integration of both businesses is proceeding to plan”.

“We continue to see exciting opportunities in the regional legal sector and will look to make further acquisitions of businesses which offer complementary services in targeted geographies and sectors.”

When Knights went public, it set four growth targets to achieve by April 2020: recruiting more than 200 additional fee-earners to the existing 400; maximising “support staff efficiencies by further leveraging overheads”; have at least two new offices on top of the seven it then had; and complete at least three further acquisitions.

Knights’ shares peaked at 215p at the start of this week, but have eased back to 201p by today.

David Beech is speaking at next Thursday’s Legal Futures Innovation Conference in London. There are still a few tickets available – click here for all the details.