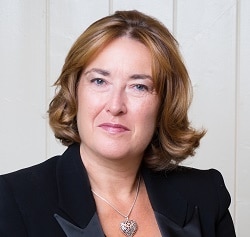 The market capitalisation of Rosenblatt, which last week became the fourth law firm to go public, has already risen by £10m on the back of a strong start to trading.

Having listed at 95p, the share price hit a high of 117p earlier this week and closed yesterday at 113p, giving the City firm a market capitalisation of £88m.

Chief executive Nicola Foulston told Legal Futures that the share price had risen because institutions wanted to complete their shareholdings but there were not enough sellers.

Investors were getting used to listed law firms, she added, suggesting that there were more coming to market.

The fact that she – a successful businesswoman – was at the helm also gave the business credibility, she said.

She continued that the listing had provoked an “outstanding reaction”, with law firms, teams and individuals approaching her with a view to joining the practice.

Rosenblatt has put aside up to £7m from the capital it has raised for acquisitions, and Ms Foulston confirmed that these will include complementary non-legal services. However, she said the initial focus was on acquiring high-end litigation practices.

She also revealed that the pressure on fees in corporate transactions meant that Rosenblatt was looking for a regional acquisition to act as a lower-cost centre for such work.

Though some of the new capital has been earmarked to fund more litigation in-house, Ms Foulston said the plan over the 18 months was to create a standalone litigation funder as part of the Rosenblatt group.

“We want to create a track record before looking to raise much more money,” she said. There was, she continued, a lot more understanding and appetite among investors for litigation funding – aided by the success of Burford Capital – but “also an expectation that their returns will continue”.

The reality was that, as more competition entered the market, the returns recorded by Buford were likely to fall, she said.

“I believe [in a model] where the underlying core business is a law firm that feeds day-to-day returns, and the litigation funding piece sits on top of that for exponential returns.”