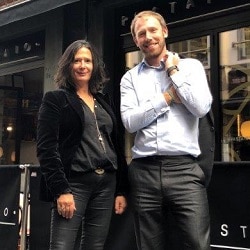 The 1 October indemnity insurance renewal date still used by most law firms was marked by the usual rush of mergers and acquisitions across the country, with listed law firm Knights leading the way.

Knights has acquired 24-partner Leicester law firm Spearing Waite for a maximum of £8.5m as it starts to deliver on its stated growth strategy, which was boosted recently by new bank funding.

For the year ending 31 March 2018, Spearing Waite recorded revenue of £7.1m and profits distributable to members of £3.2m. Offering a broad range of commercial and private client services, it will retain its branding until the end of the year.

Under the terms of the acquisition, Knights has acquired the equity membership interests of Spearing Waite from Thomas Bower, Martin Stockdale Smith, Karen Herbert and Jonathan Wheeler for £5.25m in cash and 97,208 new shares in Knights.

There is also deferred consideration of £800,000 in cash payable in three tranches over the next three years subject to the sellers remaining in employment with the group.

Knights will also discharge a maximum of £2m of debt in Spearing Waite on completion, and grant restricted stock awards equivalent to a maximum value of £265,000.

In an announcement to investors, Knights said: “Spearing Waite’s profile as Leicester’s largest independent law firm, its highly diversified revenue base and low client, sector and fee-earner concentration complement Knights own business model, as does the firm’s entrepreneurial culture and mix of both SME and blue-chip clients.

“The acquisition is in line with the company’s stated strategy for acquisitions… and will see Knights move to eight regional offices and 450 fee-earners, increasing its presence in the East Midlands alongside its existing Derby office.”

When it listed in June, Knights set four growth targets to achieve by April 2020: recruiting more than 200 additional fee-earners to the existing 400; maximising “support staff efficiencies by further leveraging overheads”; have at least two new offices on top of the seven it then had; and complete at least three further acquisitions.

Capsticks, the south London-based firm specialising in health, housing and social care, has acquired Whiteheads Solicitors, with offices in Greater Manchester and Lancashire.

Capsticks now claims to have one of the largest specialist housing teams in the UK, with 13 partners nationwide and a head count of over 60 housing specialists across all disciplines and geographic areas.

The Hinckley-headquartered firm now has seven offices and around 50 “qualified business and legal advisers”.

To the west, GHP Legal, which describes itself as one of the largest private practices serving Oswestry, Shropshire and North and Mid Wales, has acquired Oswestry firm Milton Francis & Hughes.

NewLawsLegal was established in 2010 by Tessa Laws, who joins Acuity Legal as a senior partner along and brings six lawyers with her. Earlier in the year, Acuity merged with boutique London practice Maple & Black, and it now has more than 85 lawyers and support staff.

Acuity offers both a traditional practice of partners and associates, and a consultancy model for lawyers who want full back-office support and access to a team of junior lawyers without being employed.

Its offering to clients includes an outsourcing model for virtual in-house legal support and a technology-based service for data protection, cyber security and reputation management.

Two of the oldest and most established legal firms in Devon – WBW and Ford Simey – are to merge to create a practice of nine offices across the region and 270 staff.

In a joint statement, Steve Bulman and David Williams, the managing partners of WBW and Ford Simey, said: “We have talked about a merger for quite some time because we appreciate that the two firms are very complementary geographically; we have a very similar ethos and recognise that the combined firm will strengthen and enhance the legal services available to our clients”.

Also announced in recent weeks was a deal between mfg Solicitors – which has five offices across Worcestershire and Shropshire – and Birmingham practice Pearson Rowe, a two-partner firm with 13 staff.

It gives mfg, which has 35 partners and 150 staff, a foothold in the second city.

Adrian Jaggard, managing director of Taylor Rose, said Breeze & Wyles had “long-standing client relationships that will benefit from being part of a larger law firm with broader services”.

The biggest deal announced of late was between London firm Bircham Dyson Bell and Reading-based Pitmans, which will take effect on 1 December and create a firm with a turnover of more than £50m.

BDB Pitmans will operate from four locations – London, Reading, Cambridge and Southampton – with 80 partners and over 400 staff.

The new firm will be an alternative business structure. “This more agile structure will enable the merged firm to take advantage of opportunities that arise to expand services and resources as it develops and grows,” a statement said.

Andrew Smith, managing partner of BDB, added: “From our earliest discussions, we saw clear alignment both in the cultural fit between the two firms and the practical benefits of what our combined offering geographically and in practice areas would bring to our clients and our people.”

The bug has also hit the Bar, with Arden Chambers merging into 4-5 Gray’s Inn Square. The latter has taken 26 members from the housing, local government and property specialist set Arden Chambers, and now comprises six silks and 50 juniors.

Joint head of chambers Tim Straker QC said: “Chambers recognises that it needs to build a strong platform for the future, and this move is the first step on that journey. It also presages our determination to pursue an ambitious recruitment strategy.”