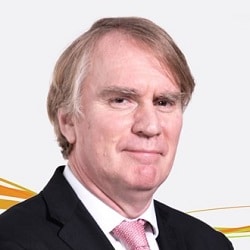 There has been a spate of merger and acquisition activity among law firms across the country over recent weeks, with listed firm Knights yesterday entering Birmingham in a £4.7m deal.

Knights has bought Emms Gilmore Liberson, a 28-fee-earner commercial firm which had a turnover of around £4m in the year to 31 March 2019 and a profit before tax margin of 15% – which Knights expects to increase to 20% “after integration”.

The four selling shareholders will received an initial £3m, 45% in cash and the rest in shares, with the rest to be paid over two years, subject to conditions being met. Excess cash balances in the business will also be distributed to the sellers.

Knights now has nine offices and this is its fifth acquisition since listing in June 2018. Chief executive David Beech described Emms Gilmore as “one of the few well-established, full-service independent firms in the city” and that it provided a “platform from which to grow our share in this new market, through both lateral hires and bolt on acquisitions”.

National law firm Weightmans last week acquired Newcastle-headquartered Watson Burton, giving it a presence in the city for the first time and adding to its Leeds office. Weightmans now has eight offices across the UK.

Watson Burton employed 64 people, including nine partners, and all have moved across to Weightmans.

Weightmans managing partner John Schorah said: “Not only can we build on the markets we share with the Watson Burton team, but we will be able to offer services to all our clients in the North East from a local base. It will add a different dimension and allow us to build strong relationships with new and existing clients.”

Hertfordshire and Essex firm Attwaters Jameson Hill has moved into the City of London, meanwhile, after merging with Stafford Young Jones. It said this would give both firms a presence “across a wider geographical area, broadening the range of specialist services on offer”, as well as boosting staff numbers by 13 to 93 and taking the firm’s turnover up to £7.5m.

Attwaters managing partner Andrew Flannagan said: “We are constantly seeking to improve our client offering, and this merger provided the opportunity to extend our range of services, expertise and practice locations.”

In Staffordshire, Tinsdills has acquired the corporate, commercial property, dispute resolution, and wills, trusts and probate departments of Grindeys, a firm best known for its volume conveyancing work that was acquired by a private equity company in July.

Tim Cogan, one of the firm’s managing directors, said: “As Grindeys Solicitors have now decided to contract the areas of legal work in which they operate, this is a great opportunity to pool both firms’ expertise in these specific areas so that we can enhance the type and level of services offered to the mutual benefits of both firms clients.”

Sills now has 14 offices across Lincolnshire, South Yorkshire and the East Midlands, with 300 partners and employees.

Chief executive Martyn Hall said: “We opened a specialist family law practice in Doncaster 12 months ago with plans to offer, in time, a full range of services across South Yorkshire. We quite quickly recognised that our expansion ambitions would be best achieved by joining forces with another firm in the area.”

Harrison Clark Rickerbys has added to its Cambridge office by merging with property firm Houlden Sweeney. Headquartered in Worcester, HCR has eight offices across the West Midlands and Herefordshire, as well as Cambridge, Reading and London. Samantha Houlden and Roslyn Sweeney have moved across.

Head of office Inger Anson said the deal would “boost HCR’s presence in and demonstrate the firm’s commitment to the area”.

Meanwhile, Cambridgeshire medical negligence solicitor Vicki Seabrook, founder and owner of Scrivenger Seabrook, has transferred her St Neots practice to Tees Law as she plans for her gradual move into retirement. She set up the firm 31 years ago.

Janine Collier, executive partner and head of medical negligence at Tees’ Cambridge office, said: “Vicki brings with her over 40 years’ experience and it means a great deal to us that a lawyer of her calibre should choose Tees as the new home for her clients. The boost it has given our business and the new opportunities it presents cannot be overstated.”