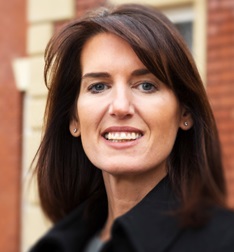 Listed firm Keystone Law has reassured investors that the Solicitors Regulation Authority (SRA) has ended its investigation into a case in which a High Court judge accused it of conniving with clients to try and avoid a debt.

It highlighted the regulator’s probe in its admission document last November, and in an update to the market yesterday said that “the SRA has confirmed that it will be taking steps to close its file in relation to the matter, that it will not be undertaking further investigation and that no disciplinary action will be taken”.

In the case, Bernard Sports Surfaces Ltd v Astrosoccer4u Ltd, Keystone was acting for the defendant in a dispute over a football pitch in Surrey, in which an adjudicator made an award of £176,000 in favour of the claimant. After that, the defendant issued a notice of intention to appoint an administrator.

The case went before Mr Justice Coulson as he then was, with the claimant seeking to continue to enforce the award.

The judge said the notice was “entirely bogus” but Keystone then cited it in an attempt to force the claimant to mediate.

Coulson J described the letter as “a clear threat that unless the claimant embarks on a course of action which does not involve him getting his money, the insolvency procedure will be used. On the face of it, that is unlawful”.

Having received the claimant’s solicitor’s “measured response”, Keystone replied with a letter saying: “You will get nothing then. Goodbye.”

Coulson J said: “That was breathtakingly rude and was, plainly, part of the intention to misuse the insolvency proceedings.”

That was confirmed by an email sent by Keystone Law to their client but deliberately copied to the claimant’s solicitor. “The anger and aggression is plain from the text. It is, I imagine, a breach of the rules relating to the proper conduct of solicitors,” the judge said.

Keystone told investors that when the judgment was released, it commenced an internal review and also notified the SRA.

In other ABS news, Karen Jackson, who led Cheshire firm Roberts Jackson into a deal with private equity business NorthEdge Capital in 2014, is leaving the business.

Solicitor Rachael Charmbury has been brought in as CEO of the industrial disease specialist, whose turnover was £10m in the year to July 2017.

A spokesman said: “The intention is to continue our strong working relationship with Karen in a consultancy capacity. Discussions regarding the specifics of this role are ongoing.”

The firm has pledged to invest up to £750,000 in a new technology platform to expand its industrial diseases offering to clients.

Roberts Jackson chairman Paul Hewitt said: “I’d like to extend our sincere thanks and appreciation to Karen for her leadership and commitment over the last 10 years.

“Since establishing the firm, Roberts Jackson has grown into a business of scale, and has been recognised by the legal community for its excellent work in supporting thousands of people with their claims.”

Also moving on is Geoff Wild – the pioneering former head of legal at Kent County Council and founder of the council’s spin-off ABS, Invicta Law – who left the organisation last week.

In a statement, the council said: “For personal reasons, Geoff Wild has resigned as our CEO. Geoff has decided that, having seen Invicta Law established as a company, now is the right time to move his own career into new areas.”

Invicta launched last summer, with all but five of the council’s 125 lawyers and 35 support staff transferring to the ABS in new offices in Maidstone.

A report to Kent’s cabinet in March this year referred to a “£1m lack of dividend” from Invicta Law “primarily due to a lack of new business being generated, compared to the business plan”.

This was despite the ABS securing places on a number of other local authorities’ legal panels.

Moving in, meanwhile, is Shirley Woolham, who has been appointed CEO of leading personal injury ABS Minster Law. Currently chief operating officer, she takes up her new role at the Yorkshire-based law firm in July.

Her appointment follows Michael Warren’s decision to take up a new role outside the legal services sector, although he will remain with Minster Law as a non-executive director.

Minster is owned by BHL (UK) Holdings, the umbrella company that owns the likes of Budget Insurance and Compare the Market.