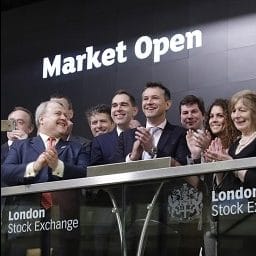 Share sales: The team from Keystone Law on the day trading started

The boss of Keystone Law this week cashed in another £1.6m worth of shares, on top of the £10m he made earlier in the year, with colleagues selling shares worth some £5.3m as well.

James Knight still holds 8.8m shares – representing 28% of the firm’s issued share capital – which are valued at £73m at their closing price yesterday of 830p. The shares were sold at 820p.

Keystone’s share price has surged this year. Pre-pandemic the shares had reached a high of 640p before slumping to 365p in the immediate aftermath of lockdown, in line with the whole market.

Barrister Alan Sellers, executive chairman of the Anexo Group – which owns personal injury law firm Bond Turner – and solicitor and Bond Turner managing director Samantha Moss made £46m by selling some of their shares but retain substantial holdings of 17% and 18% respectively.

The largest shareholder in RBG Holdings, which owns City law firm Rosenblatt, is founder Ian Rosenblatt, with a near 18% stake in a business valued at £129m – making it worth £23m.

Chief executive Nicola Foulston has 12%, worth £16m. Both have sold some of their shares in the past.

Chief executive Adrian Biles is the largest single shareholder at the Ince Group, with 16%. The firm is currently valued at £40m. That makes his holding worth £6.4m.

Former chief executive Michael Ward and current chief operating officer Peter Davies are the largest individual shareholders of Gateley, with their 1.88% stakes worth £5.7m each.