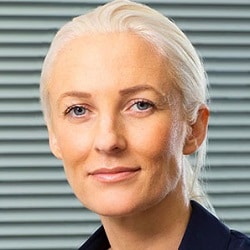 Anexo Group plc – the listed business which combines legal services with credit hire – has raised £7.5m with a view to acquisitions, while two of its lawyer directors have sold shares for £3.2m.

Anexo owns fast-growing law firm Bond Turner, which employs some 450 people, and it said the money would also go towards further recruitment and opening its planned new office in Leeds.

Bond Turner is headquartered in Liverpool and expanded into Bolton in December 2018. It was planning to open in Leeds in early 2020 but put this on ice in early April because of the coronavirus.

It told investors that the placing of 6m shares at 125p – a discount of 9% on their closing price on Thursday – would strengthen the balance sheet in order to “take advantage of other near-term opportunities”, including potential acquisitions of WIP books and small legal and credit hire firms.

“The group has successfully grown the business through investment in its fleet and marketing network, and increasing case capacity through the recruitment of new lawyers, including successfully opening a major new office in Bolton.

“The board believe that now is an opportune time to increase this investment in order to accelerate the growth of the group and take advantage of opportunities to gain market share from smaller competitors.”

The money will further be used to fund the acquisition and processing of VW emissions cases.

Bond Turner currently has 8,000 clients in the group litigation and the announcement said the Anexo board “believes that there is an opportunity to increase significantly the number of claims handled by Bond Turner through investment in a further targeted marketing campaign, as well as additional staff to process these leads, which would lead to a significantly larger return in the event of a successful settlement”.

The fees the firm would receive in the event of a settlement would have “a significant positive impact on the group’s expectations for profits and cash flow”.

The update also reassured investors that, following a “significant fall in new cases” in the early stages of lockdown, the numbers were returning towards historically normal levels in recent weeks as road usage increased.

“The financial impact of the initial reduction in new cases has been offset by a trend towards longer hire periods due to delays in other parts of the ecosystem.”

Last year, Anexo said it was looking to expand beyond road traffic accidents and the North-West.

Barrister Alan Sellers is executive chairman of Anexo Group, and sold 1.26m shares at 125p, earning him £1.57m. He still has 35m shares, equating to 30% of the business.

Solicitor Samantha Moss, who is managing director of Bond Turner, realised slightly more, £1.61m, by selling 1.29m shares. She has a further 36m shares, 31% of the company.