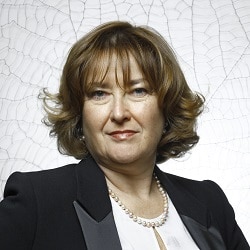 City firm Rosenblatt has made its first acquisition as a listed business – and begun diversifying away from legal services – by spending up to £22m on a specialist sell-side corporate finance boutique.

It said buying Manchester-based Convex Capital would create opportunities cross-referring business, and will also allow it to move into the North-West legal market.

“The acquisition of Convex is expected to help generate a regular flow of fee-based work for Rosenblatt’s corporate division,” it told investors.

Established in 2011, it has completed in excess of £1bn in transactions over the last four years and completed 13 deals in the last year alone, with EBITDA margins of more than 50%.

For the financial year ended 30 June 2019 (although this represents only the eleven months from when it converted from a partnership to a limited company), Convex generated revenues of £8.7m and profit before tax of £4.3m.

The company had net assets of £3.7m and no net debt, and key management and employees of Convex have agreed to a three-year lock-in for the shares they are receiving as part of the deal, and lengthy non-compete clauses.

A further £8.4m will be paid after a year – made up of £1.8m in case and shares at a minimum price of 140p or, if higher, the market value of the shares at the time. These shares will only be issued if Convex exceeds a threshold EBITDA of £6m for the year 16 September 2020.

Rosenblatt, which listed on 8 May 2018 at 105p, has seen its share price fluctuate significantly since then. It reached a high of 135p a few weeks later, but then hit 70p last December, before climbing again to 123p in March. It has since fallen again, to a low of 78p last month, but is on the rise again. Today’s news set shares up 5% to 93p in early trading this morning.

Rosenblatt said it would use Convex’s Manchester base to create “a new regional business hub”. The stock exchange announcement said: “The group will market its expanded professional services offering from the hub, which will also create the opportunity for further cost savings on back-office functions.”

Chief executive Nicola Foulston said: “Convex is an exciting and successful business, which shares with Rosenblatt a focus on high margins and cash generation. Like Rosenblatt, it is an entrepreneurial company with a proven ability to create markets where none have existed. We also share a similar client base, often working with entrepreneurs…

“There is a considerable market opportunity in terms of cross-referrals of business between Rosenblatt and Convex, as well as the opportunity to expand our regional presence.”

Convex chairman Mike Driver added: “The combination of Convex and Rosenblatt is a fantastic opportunity to drive the development of both companies. Like ourselves, Rosenblatt builds strong relationships with entrepreneurs and business founders.

“Working closely with Nicky and her team will expand our network to help identify future transaction opportunities. We can also increase the support that we can offer clients to ensure a successful deal.”