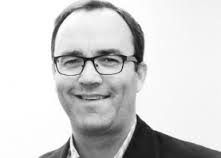 The announcement by Shine – which first revealed its intention to follow Slater & Gordon to the UK more than a year ago – came as it unveiled a 10% increase in turnover, and 27% jump in net profit.

“With its experience in the Australian market and its established systems and processes, the group considers itself well placed to capitalise on opportunities in the United Kingdom which is currently undergoing reform.”

Shine also has an alliance with internationally acclaimed environmental advocate Erin Brockovich, and the report said that because of “her strong referral base and other opportunities”, the company is keeping a “watching brief” on the US too.

Shine is purely a claimant damages practice, predominantly handling personal injury work. It began life in 1976 as a country practice in Queensland and through both organic growth and acquisition has since grown to over 600 people located across nearly 40 offices throughout Australia.

It was the third largest personal injury firm in Australia, and last year became the third law firm to list after Slater & Gordon and Integrated Legal Holdings, which both went public in 2007.

The results for its first year as a public company were largely ahead of forecasts. Revenues hit £65m (A$116m), with EBITDA (earnings before interest, tax, depreciation and amortisation) up 24% to £19m and EBITDA margin up significantly to 29.6%. Net profit after tax was £12.5m.

Speaking at an investor presentation, Mr Morrison said Shine has up to a dozen acquisitions in the pipeline.