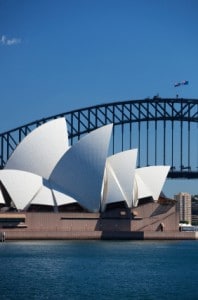 The first corporate law firm in the world to go public is eyeing up opportunities in the UK, Legal Futures understands.

Integrated Legal Holdings (ILH) – which floated on the Australian Stock Exchange in 2007, shortly after consumer law firm Slater & Gordon – has until now been an aggregator of boutique corporate, tax and private client firms across Australia, with seven businesses under its umbrella.

It has been focusing on the Asia-Pacific region, acquiring the Pacific Legal Network in 2011, but last month announced the acquisition of Capricorn Investment Partners, a financial services business with nearly A$500m funds under management.

The deal marks a new phase for ILH – which has grown its revenues from A$10m in 2007 to A$32m today – with the move into financial services giving the company another platform to build its stability of earnings while keeping the core focus on legal services.

ILH’s management is being silent about the company’s growth prospects, but with the appointment of Dr Stephen Moss to the main board from next month, it is understood that there will be some changes to the pace of growth within ILH, with the UK a possible target for expansion.

Dr Moss is chairman of both Eaton Capital Partners and Capricorn. A former managing partner of PricewaterhouseCoopers in Australia, he has been involved with several of the international market entrants into Australia and Singapore in the last couple of years. He consults to large international law firms particularly as they relate to Asia and has a law firm client base in the UK.

ILH has just reported a 9% dip in net profit for 2012/13 of A$1m (£590,000) from group income of A$32m, matching the previous year’s revenue. In May the group’s firms came together under a single brand, Rockwell Olivier, while its online legal services business, Law Central, recently engaged former Australian cricket captain Steve Waugh as brand ambassador for in Australia and potentially as part of further international expansion.

Only one other law firm has since listed in Australia, Shine Lawyers, which went public this year. It is also planning to expand to the UK.