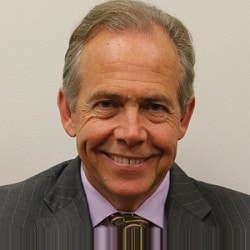 The legal dispute between City giant Linklaters and its former global business development director over his intention to discuss its “ongoing struggle… with women in the workplace” has ended.

Having granted a temporary injunction in favour of Linklaters on 31 January, Mr Justice Warby said yesterday that he had made a Tomlin order to end proceedings under which Frank Mellish agreed to provide certain signed undertakings and to abide by them.

The undertakings were not to disclose “specified kinds of information”, the judge said, and Mr Mellish was also to destroy copies of various documents and to instruct others to whom he had passed any such documents to do the same, then verify that he had done those things.

Warby J said: “There were provisions to ensure that, if he was ever accused of breaching his obligations, and needed copies of the hearing papers in that context, the claimants would make the relevant papers available to him. The parties had agreed that there should be no order as to costs.

The information that Mr Mellish has promised not to disclose is detailed in a confidential schedule.

Warby J’s initial ruling said he wanted to “share my impressions of the current culture at Linklaters” with the media by referring to three examples involving staff at the firm.

The ruling does not say whether the one-time chief marketing officer of Deloitte Australia can speak out in more general terms.

A Linklaters spokesman said: “We can confirm that the court has approved an order reached by agreement which, in effect, makes the previous order final and brings these proceedings to an end.

“We did not take the decision to apply for an injunction lightly. We have a strong, supportive workplace culture and everyone working with us should be able to rely on information shared confidentially with the firm remaining confidential.”

See blog: What is really being protected in the Linklaters case?