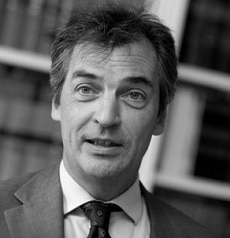 Warby: Reputation damage was not sole or main purpose of application

The High Court has granted an injunction to City firm Linklaters to stop its former business development director from releasing what the firm argues is confidential information relating to staff at the firm.

Frank Mellish said he wanted to share his impressions with the media “about the ongoing struggle Linklaters has with women in the workplace”.

Mr Mellish was employed by Linklaters in March 2017, and given six months’ notice that his contract would be terminated in June last year, receiving his final termination payment from Linklaters at the end of last month. He also received a “substantial” ex gratia payment.

According to the ruling of Mr Justice Warby, in an email to Linklaters’ senior partner, Charles Jacobs, and global managing partner Gideon Moore, Mr Mellish “expressed dissatisfaction with the termination of his employment”, while accepting that it was in accordance with the law.

He said he wanted to “share my impressions of the current culture at Linklaters” with the media in the first two weeks of February by referring to three examples involving staff at the firm.

Mr Mellish said he was letting them know so they could prepare for questions from the media.

Warby J said counsel for Linklaters had consulted two of the female staff members involved, neither of whom wanted details of their cases to be made public.

The judge said the firm had not approached the complainants in a further case, the so-called “Munich incident”, out of sensitivity.

“Indeed, it does seem obvious that an approach would not be necessary. It can easily be assumed that the individual concerned would not wish their identity as the victim of a sexual assault to be revealed.”

Delivering judgment in Linklaters v Mellish [2019] EWHC 177(QB), Warby J said: “There was clear evidence of a threat or intention to give interviews for publication about matters that came to the attention of the defendant in the course of his employment.

“Whether that threat was likely to be carried out was unclear. But there was clear evidence of a risk. It may well be possible to speak publicly in general terms about the ‘culture’ at Linklaters, or any other large firm or organisation, without breaching duties of confidence.

“These all related to present or former employees or partners of Linklaters, and the information referred to was of an inherently sensitive and confidential nature.

“On the face of it, those matters all came firmly within the scope of clause 10 of the defendant’s contract of employment. None of the information in the eleven categories specified in the draft order was, on the evidence, in the public domain.”

Warby J went on: “It is accepted by the claimants that there is, in general terms, a legitimate public interest in the due performance by large firms such as Linklaters of their social and moral duties towards their staff.

“But the existence of such an interest cannot justify indiscriminate disclosure of otherwise sensitive confidential information which others have a legitimate interest in keeping confidential.

“A general desire to talk publicly about the ‘culture’ of a large firm is not enough to justify the disclosure of such details.

“There may be cases in which the details of individual acts of alleged or establish misconduct, combined with one another, create a compelling picture of persistent or habitual wrongdoing, serious enough to satisfy the tests to which I have referred.

“In some cases, the public interest in correcting misleading public statements could come into the picture. But nothing of that kind emerges from the evidence presented to me in this case at this stage.”

Warby J said the application was “partly motivated” by concern about reputational damage to the firm, but that was not the “sole or main purpose” behind the injunction.

The judge granted the injunction sought by Linklaters, for a short period until Monday next week. The defendant was ordered to disclose the names of any journalists or other third parties to whom confidential information had been disclosed.