Linder Myers heading for profit a year after avoiding administration 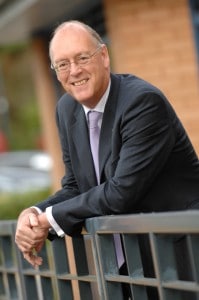 Stockdale: margins improved by over 30%

Manchester-based Linder Myers is heading back into profit little more than a year after escaping administration, its chief executive has said.

Mr Stockdale told Legal Futures that not only was Linder Myers heading back to profit for the year ending June 2015, but the firm was aiming for “organic growth” of 7-8% a year from then on.

Prior to the involvement of Assure Law, Linder Myers was facing a loss of more than £5m.

“It is challenging, but we are trying to create a ‘can do’ attitude. We have improved our margins by over by over 30%

“We are concentrating on good levels of client service. We are not taking on work with low margins and we’re not going for volume.”

Mr Stockdale said that as well as “assessing very carefully” the profile of assignments, staff gearing was crucial.

“In the case of the personal injury market, you must have the right level of staff for the work. More complex cases need more experienced staff, but where you have a large matter, it’s better to have a team of people rather than one very senior person.”

Following restructuring in the summer, and the loss of around 50 jobs, Linder Myers has three main practice areas – bodily injury, private client, and corporate and commercial. The first two account for 70% of the work.

Mr Stockdale said general private client work has grown and personal injury shrunk, “but not by as much as you would imagine”.

He ruled out purchases of other law firms this year or expansion into new areas of work, saying the firm was concentrate on its core strengths.

Currently located in three separate buildings in Manchester, the firm will be united in a single office in the city centre from January 2016.

Mr Stockdale said he wanted to create a culture of collaboration across the firm’s offices in Manchester, Chester, Shropshire and Lancashire and there were no longer seven different accounting and IT systems in place.

Assure Law will also provide senior-level resources in areas including technology, due diligence, change management, HR and deal structure, and Mr Stockdale has joined the board.