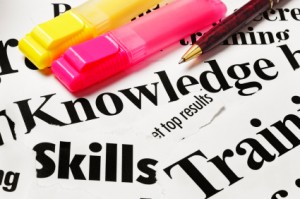 A Leicester cooperative law firm that offers life coaching in addition to legal services, has obtained an alternative business structure (ABS) licence in order to develop its training arm.

Kinetic Law Services Limited received its licence from the Solicitors Regulation Authority last week, making it the 199th approved by the regulator. The firm, which specialises in fixed-fee employment, equality and family law, was started by two former legal aid solicitors, Lois McNab and Gina Samuels-Richards.

In addition to her casework, Ms McNab, the ABS’s head of finance and administration, provides training on equality, employment and discrimination law and individual coaching sessions on ‘personal growth’. Ms Samuels-Richards, a family lawyer who previously worked for Leicester Law Centre, also delivers training in the private and public sectors.

The firm offers life coaching “with employees, individuals and businesses” to improve, among other things, their “sense of direction”, “self-awareness”, “ability to relate to others” and “ability to handle change”. Its training and workshops offering also covers the partners’ areas of legal expertise.

Ms Samuels-Richards, who is the ABS’s head of legal practice, told Legal Futures that with the ABS in place, the firm hoped to “bring into the cooperative members with different experiences and talents”, as well as expand the firm’s legal base. The partners would like to “bring in a non-lawyer to do training, as well as coaching, and obviously as a cooperative they will become owners of the business as well”.

She said the firm was a limited company with a cooperative structure and the ABS would help it be “as democratic as possible”. Every member had a voting right at meetings, she said, but “obviously we do need to have a management team that does things such as make sure we are compliant, and so on”.

The firm had no plans to bring in outside investment but “we would consider it” if the opportunity arose, she said.

Ms Samuels-Richards said the firm was increasingly providing unbundled legal services at reduced fees to clients who said “if you can do this for me, I can do the rest myself”, although the firm also had “cases that we manage from beginning to end”.