Licensed conveyancers face scrutiny over complaints and conflicts of interest 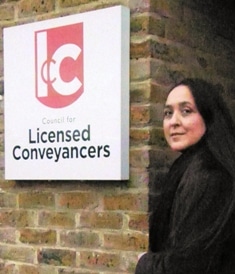 The Council for Licensed Conveyancers (CLC) is to investigate its members’ handling of complaints and their performance in managing conflicts of interest when acting for buyer and seller in property transactions.

Announcing that it was launching two ‘thematic reviews’, starting immediately, the CLC said they would be based not only on information provided by licensed conveyancers in their annual regulatory returns, but also on complaints information supplied by the Legal Ombudsman (LeO).

The findings will be presented to the CLC’s council with recommendations by the end of the year. Despite the tight timetable, the CLC explained the reviews were part of a “rolling programme” and that it was “good practice to review key areas periodically”.

The research will include “targeted surveys” of the CLC’s regulated community. The review of complaints handling will focus on whether licensed conveyancers have been properly ‘signposting’ complaints options to clients – such as their right to complain to LeO.

The other review will include the performance of CLC members in managing conflicts relating to acting for both sides in property transactions in a changing marketplace.

“Our regulatory arrangements for entities acting for both the buyer and the seller of a property have been in place for some time and are well proven. It is good regulatory practice to review such arrangements periodically as part of a rolling programme and in the light of market developments.”

“Following work with [LeO] we now have access to very rich data about the complaints that reach them from the clients of all those we regulate. Happily these are few in number but… we note that LeO has raised general issues across the legal sector relating to the signposting of LeO to consumers.

“We also want to take the opportunity of roadshows that we are holding in the last quarter of the year to discuss complaints handling issues with licensed conveyancers.”