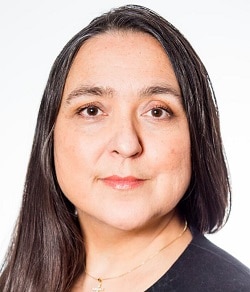 More than half of firms of licensed conveyancers expect their workloads to increase over the next year, according to their regulator.

Some 53% of firms expected volumes of work to increase over the next year, with only 10% anticipating a fall. Larger practices and those that also offer probate services were even more optimistic of growth.

According to the results of the Council for Licensed Conveyancers’ (CLC) annual returns, growth was seen as the greatest opportunity over the next 12 months, whether due to increased recommendation, reputation or market conditions.

One in ten firms also reported an opportunity to branch out into new or niche areas of work.

Personal recommendation remained the main source of conveyancing work for firms, followed by referral, although direct approaches were a significant source of probate instructions.

Across each of conveyancing, will-writing and probate work, a relatively small proportion of work was gained from website and telephone enquiries.

These were all lower than the averages recorded by the Legal Services Board in its recent research – mainly among solicitors’ firms – on the cost of legal services.

Cybercrime (29%), fraud/money laundering (27%), and a downturn in the property market (18%) were the most commonly reported types of risk to firms, although just six practices reported that they had been the victim of definite cases of fraud in 2016, costing their organisations between £7,500 and £25,000.

Most firms (60%) did not receive any complaints from clients; 13% received a single complaint but at the other extreme, 10 firms (4%) reported more than 20 complaints. The vast majority were resolved internally, with 11% of complaints referred to the Legal Ombudsman.

CLC chief executive Sheila Kumar said: “Our annual return paints a positive picture of a profession that continues to grow and, importantly, is doing all it can to protect clients from the threat of fraud and cybercrime.

“Regulation is, of course, a key part of that too but the results show that it is not getting in the way of firms developing their practices and offering competitive and high-quality services to clients.”