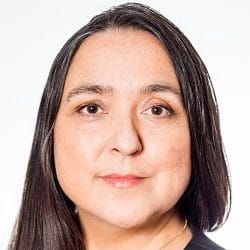 Law firms regulated by Council for Licensed Conveyancers (CLC) face new rules designed to make sure they deliver data on staff diversity and report complaints of discrimination and harassment.

The CLC said that, while individual licensed conveyancers responded well to data collection exercises, response from firms were “less successful”, raising concerns that some might not be asking their employees for information.

The most recent diversity monitoring survey in 2019 showed men were twice as likely as women to be in managerial roles at its law firms, despite women making up 74% of the licensed conveyancer community.

Women were nearly twice as likely as men to be employed by firms as salaried lawyers.

While the number of people from ethnic minority backgrounds at CLC-regulated firms was, at 14%, broadly in line with the wider population, they were more likely to be in administrative roles.

In a consultation on the new rules, the CLC proposed that a requirement be added to its equality code compelling firms to “co-operate with the CLC in the collection and analysis of data about their workforce”.

The CLC said that to meet the outcomes set by the Legal Services Act, and “in anticipation of further guidance” from the Legal Services Board, it needed to be able to collect reliable data about its members, their owners and the people they employ.

“Good regulatory arrangements, processes, and interventions all stem from reliable and comprehensive data. The proposal in this consultation therefore is intended to generally make it easier for the CLC to collect diversity data.”

The CLC said the three diversity data collection exercises it had carried out so far showed that, when information was collected from individual licensed conveyancers, the response rate was better than from firms.

However, collecting information from individuals was not the “preferred method”, and it was “more consistent” to collect it from firms, in keeping with the CLC’s wider approach on data collection, for example on continuing competence.

The CLC said it also needed to know where firms and individuals were failing to comply with its rules, and for this reason needed to be able to collect data on complaints related to discrimination, victimisation and harassment by employees, clients or members of the public.

The new rule would require firms to keep records of and report these complaints.

Further amendments would expand and move the definitions of vulnerable clients and protected characteristics from the footnotes into the main text of the equality code.

Sheila Kumar, chief executive of the CLC, said: “Although the CLC’s non-graduate profession is more closely reflective of society than some other branches of legal sector, the fact that women and people of colour do not progress to senior positions in the proportions they should indicates that more action is needed to make effective and sustainable changes.”

Ms Kumar said it was “appropriate for the CLC as a regulator” to examine where firms and individuals were failing to comply, and where data provided evidence of non-compliance with the equality code or more broadly, it would take “proportionate action”.

She added that the new rules were “intended to deliver, and maintain, positive improvements by giving the CLC more levers to effect change”.