Lewd barrister thought he could act with impunity towards mini-pupil 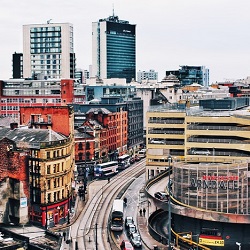 An experienced barrister who made crude sexual comments to a student on a mini-pupillage thought he could act as he did “without anyone doing anything about it”, a Bar disciplinary tribunal has found.

The case of Robert Kearney – one of those cited by proponents of stronger sanctions for sexual misconduct by barristers – has also put the culture of the criminal Bar under the spotlight.

We reported in March that Mr Kearney, a criminal law specialist in Manchester, was suspended for six months in relation to six specific incidents and advised not to take on pupils or mini-pupils in future, but the tribunal’s reasons were only published on Friday.

The events took place in January 2015 when ‘Ms A’ was 19, but she only reported him to the Bar Standards Board (BSB) in November 2018 after reading that Mr Kearney had been reprimanded and fined £1,000 for his “disgraceful” drunken behaviour at an informal Bar Mess event.

However, both her mother and then boyfriend, now husband, testified to what she told them at the time of the mini-pupillage and the tribunal said this disposed of “any suggestion that the complaint she eventually made… has been a recent invention or fabrication or that a long time afterwards that she has put an interpretation on it that is not warranted”.

It said: “We found her to be a reliable witness. We can certainly rule out any question that she is a liar or fantasist.”

The tribunal heard that Ms A met Mr Kearney while she was working as a waitress in the same building as his then set, Lincoln House Chambers (he left in March 2020).

She told him she was a law student at Manchester University and an aspiring barrister. He offered to help her find a mini-pupillage, and she spent three days with him later that month.

Ms A had already done two mini-pupillages and had family connections with the law, including an aunt practising in criminal law at a different set in Manchester. The tribunal said she was “familiar with the unedifying banter that was part of the way of life in the criminal Bar”.

It recorded her evidence that she did not reply to the sexual comments Mr Kearney made to her “and feigned ignorance of the innuendos”.

Telling her in a robing room that she should wear skirts and heels instead of trousers, and asking about her bra size, “was not him telling her that she was inappropriately dressed for court”, the tribunal went on.

It said: “A lot has been made in the course of the proceedings about the culture of the criminal Bar and the humour. It is not for this tribunal to pass judgement and what is now not acceptable in 2021 may have been acceptable then.

“It is one thing to engage in that kind of banter amongst equals who can look after themselves, it is characteristic of the criminal Bar. What is not acceptable is where there is a disparity of power status and age.”

The tribunal said the fear that a complaint would impede her prospects was in the minds of Ms A and her family when she decided not to make one in 2015.

Other supporting evidence came from Ms A’s aunt, who knew Mr Kearney having appeared in court with him, and texts they exchanged during the mini-pupillage, which included Mr Kearney telling her that Ms A “can’t talk at the moment she has a mouthful of my cock”.

At the time the aunt dismissed the texts as “crude banter” and the tribunal said that, while “no one suggests that it was true or had ever occurred”, the texts indicated “what one might call a low-level sexual interest” and provided some support for what Mr Kearney was alleged to have said to Ms A.

Mr Kearney denied four of the allegations, put a different gloss on two of them and maintained that he did not even recall having Ms A as a mini-pupil.

“We are bound to say with the best will in the world that we do not find his recollection satisfactory,” the tribunal said. “Indeed it is something that verges on the evasive in our view.”

The barrister provided character evidence, much of which was from women and “quite frank about his sense of humour”, which the tribunal described as one “that left quite a lot to be desired”.

The tribunal concluded that Mr Kearney’s evidence was “unconvincing on many points and it does not leave us in any reasonable doubt about the accuracy of the complainant’s account and accordingly we have to find each of the charges proved”.

This was “totally inappropriate and unacceptable behaviour to show to someone who was a mini-pupil and for whom he was in a position of authority”.

However, it did not uphold a general allegation that the barrister had been “sleazy on other occasions or that there had been physical touching other than standing too close in the lift when asking about her perfume”.

In deciding sanction, the tribunal noted that Ms A did not want to practise at the Bar in Manchester as a direct consequence of Mr Kearney’s conduct.

“He was quite a senior member of the Bar approaching 20 years call, in his late 40s, and she was simply a young student. He was in a position to behave in this way and he thought he could without anyone doing anything about it.

“Regrettably, he showed a complete lack of insight, whilst we accept he is entitled to put the BSB to strict proof.”

A fine would give “the wrong impression” and the tribunal said “the least penalty we think we can impose is six months suspension and £3,000 costs payment”.

The current sanctions guidance says the starting point for “minor offences of inappropriate sexual conduct in a professional context” should normally be a reprimand and a medium-level fine, to a short suspension.

Under the Bar Standards Board and BTAS consultation on changing the guidance, responses to which closed last week, a suspension of over 12 months would instead be the starting point.

The tribunal rejected Mr Kearney’s application for the hearing to be in private. He said his previous appearance was “sensationalised in the media causing him and his family embarrassment and a significant impact on his income”.

This was not a sufficient reason to depart from the principle of open justice, it said.