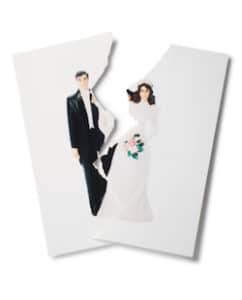 Family law: One of the most innovative areas of practice

The level of innovation in the legal market has “stagnated and fallen in some areas” in recent years, but there are a number of encouraging signs for the future, major new research has revealed.

The Legal Services Board (LSB) study – released at today’s Legal Futures Innovation Conference – indicated that the galvanising impact of the Legal Services Act 2007 and introduction of alternative business structures (ABSs) was starting to wear off.

The LSB first published its Innovation in Legal Services report in 2015 – painting a positive picture of how the market had responded to ABSs [1] – and followed it up this year with a survey of 1,502 organisations delivering legal services.

The latest research presented a mixed picture in comparison.

It said: “Overall, levels of innovation have stagnated and fallen in some areas. Leadership and management challenges in relation to innovation among providers are persisting. Use of technology varies considerably among provider groups.”

There were encouraging signs, however, most notably reduced perceptions of regulation as a constraint on innovation. Rather, changes made by regulators “appear to have contributed to improvements in the environment that have enabled innovation”.

The report continued: “The growing influence of competition in driving more innovation is another positive development, as is the apparent impact of innovative practices and use of technology on improving the quality of services.”

The new transparency requirements on price and service coming into force for solicitors and licensed conveyancers next week “should facilitate more competition and make it easier for the most innovative providers to signal to consumers that they offer services that best meet their needs”, it added.

There were also a range of initiatives by government, regulators, professional bodies and others to facilitate greater use of technology and address ethical concerns.

“Together, these initiatives should help to boost innovation and use of technology in the coming years. In turn, this should help to address the high levels of unmet legal need that have long been a feature of the legal sector.”

The LSB concluded, however, that there was the opportunity for it to do more.

“Looking ahead our focus will be on: stimulating stronger consumer-led competition, encouraging regulators to remove unnecessary regulations while maintaining essential consumer protections, and developing regulatory approaches in response to technological developments.”

The report put the stagnation in innovation in the wider context of falling levels of innovation for all businesses across the UK, as found by government research.

As in 2015, just over a quarter of legal providers had introduced new or improved services in the past three years, but this was broadly defined to include a new area of practice or introducing fixed fees.

Only 7% had introduced what the LSB called ‘radical service innovation’, defined as services new to the market.

This was highest among unregulated, larger and newer providers, while those operating in the immigration, family and injury markets were more likely to innovate.

ABS were nearly twice as likely to undertake innovative activities, and unregulated providers were one and a half times as likely to do so.

The LSB said it was “notable” how ABSs performed above the average. They were three times as likely to use technology, attached higher levels of importance to training staff on both legal competence and developing newer services, and focused more on team working – a recognised key part of the innovation process.

When it came to technology, more than half of providers were storing data in the Cloud, but there were limited examples of widespread use of more advanced technologies, the most popular being automated document assembly (used by 20%).

As in 2015, nearly twice as many organisations felt they have a culture that supported the development of new ideas (75%), as those that have actually put in place practical steps to develop new ideas (39%).

There was also a greater proportion of providers citing attitudinal barriers to change both within the business (rising from a quarter to over a third) and among clients as a constraint on developing new services.

However, these changes in attitudes may be driven by bad experience. Comparing 2015 and 2018 showed a “statistically significant increase in the proportion of providers whose service innovation had yet to increase their turnover”.

Meanwhile, some providers simply cited a lack of time, capacity or desire to develop new services.