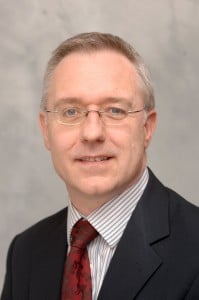 The system for training lawyers is not fit for purpose, the Legal Education and Training Review (LETR) research team has suggested.

Publishing its final discussion paper yesterday, the team of academics – headed by Professor Julian Webb – floated a series of ideas that in some instances would represent radical reform of the present regime.

These included setting the knowledge requirements for students but not how they are reached, blending vocational training with work-based learning, setting baseline standards across the entire legal market, and a post-qualification system that demonstrates actual rather than assumed competence – such as through mandatory re-accreditation, appraisal and external peer review.

The discussion paper identified five key issues as central to the LETR: some evidence of “a mismatch between current training requirements and the skill sets required in both the current and future legal services market”; too great a reliance on initial training as a guarantor of generalist or broad-based competence; “insufficient recognition across a number of occupations of the centrality of ethics and values to the role of a regulated legal services provider”; the relative fragmentation of standards and the absence of a consistent training framework for paralegals; and a “relative lack of flexibility in training pathways and exist points and ‘off-ramps’”.

It continued: “The present arrangements for LET should be judged according to whether or not they are able to meet these general aims. Evidence to date… suggests that there are gaps, for some purposes, in core knowledge and commercial skills. More fundamental gaps have been highlighted as regards client relations/communication skills, ethical awareness and organisational skills. If this is correct, we suggest it is difficult to see that the system as a whole is fit for its purposes.”

The paper highlighted the advantages of setting standards independently of qualifications, clarifying the core common competences that should apply to all forms of regulated legal activity. This would support integration between paralegal and legal training, with the paper asking if co-ordinated standards for paralegals should be developed and brought within the Legal Services Act framework.

The research team added that a “critical step in developing a revised system of LET for England and Wales is to encourage a more coherent approach to mapping and defining entry, exit and progression points through the system to the point(s) of authorisation”.

Elsewhere in the discussion paper, the review team raised questions about the extent and substance of the common core of the qualifying law degree, as well as the whole concept of graduate diploma in law, which risks resting “like a dead hand over the debate… If the professions want a programme of one academic year, there is little to play with… the GDL does not simply exist to enable non-law graduates to tick off the basic knowledge requirements for the profession; it needs to be seen as an academic programme in its own right”.

A “more radical solution” would be to follow the approach of the Institute of Chartered Accountants in England and Wales, which prescribes a set of ‘knowledge modules’ with centralised examinations. The institute does not recognise accountancy degrees as such but grants certain exemptions, while it prescribes no course and provides no teaching for the examinations.

“In the legal services context, this approach might also help to open up the market to other (eg, non-graduate) entrants who can demonstrate competence by passing the assessments.”

The paper said that the legal practice course and Bar professional training course have “achieved a good deal in raising standards of initial education and training, but we question whether we are now close to the limits of what can be achieved by this type of classroom-based course”. Instead the paper canvasses views on blending vocational training and work-based learning, to the extent of the distinction between the LPC and training contract disappearing.

Professor Webb said: “The aim of the discussion paper is to inform our stakeholders of our progress, encourage debate, support the ongoing work of the researchers in identifying both the key issues relating to the possible reform of legal education and training in England and Wales, and to map out a range of possible solutions.”

The discussion paper is open for comments until 23 October, after which the research team will draw up its final report by the end of the year for submission to the commissioning regulators, the Solicitors Regulation Authority, Bar Standards Board and ILEX Professional Standards.