Let the Bar regulate solicitor-advocates? Are you having a laugh, asks Law Society? 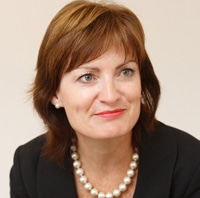 Law Society chief executive Des Hudson has responded to calls for all advocates – including solicitors – to be regulated by the Bar Standards Board (BSB) by saying: “Are they having a laugh?”

Meanwhile, the controversial Quality Assurance Scheme for Advocates (QASA) and alternative business structures (ABSs) give solicitor-advocates a “golden opportunity” to compete with barristers, the chair of the Solicitors Association of Higher Count Advocates (SAHCA) has predicted.

After Bar Council chairman Michael Todd QC expressed his desire to see the BSB regulate all advocates, Mr Hudson told Saturday’s SAHCA annual conference in London: “Why would we – a professional and skilled group of individuals – want to be regulated by people who have said that solicitor-advocates are often ‘ill prepared’, or exercise a ‘lack of independence from the client’.”

Citing other criticisms of solicitor-advocates by the BSB, Mr Hudson said: “It is deeply unhelpful to conduct the debate on such an important topic by stigmatising and insulting one group of participants in the market.”

Both Mr Hudson and SAHCA chair Yvonne Spencer expressed their continuing concerns over QASA. Mr Hudson said: “We think the prospects for the success of the scheme remain uncertain, that the role for judicial involvement is unwise, that even the arithmetic behind the planned judicial assessments suggest to us at least that the scheme may be unworkable.”

In her address to the conference, Ms Spencer welcomed the fact that the only criteria to govern whether an advocate appears in court will be “the quality of the advocacy they deliver, assessed against objective criteria. The fact that the advocate may have dined in halls the requisite number of times will be an irrelevance”.

Though proud of “some significant victories” which lobbying over QASA has achieved – such as instructing solicitor-led decision making as to case levels, the “important and vital role” of non-trial advocates and the use of assessment centres for non-trial advocacy – she said SAHCA has “continuing reservations about the general workability of the scheme and the lack of empirical evidence to justify this type of regulation”.

She added: “Given that 10,000 solicitor-advocates have registered with the Solicitors Regulation Authority at all levels, we are very concerned that the scheme will crumble due to insufficient judicial capacity if there is a u-turn on provision for Crown Court plea advocates to be accredited at an assessment centre.

“We maintain our objection to judicial evaluation being the only form of trial evaluation as there is a dearth of evidence to demonstrate that this is the only proven methodology for improving advocacy standards. That is why SAHCA has called for an in-depth, independent review of the scheme in 2015.”

Ms Spencer also warned that “continuing and intrusive judicial assessments” may be inconsistent with the independence of the legal profession, if the advocate is worried about how they are going to be assessed by the judge.

Mr Hudson defended the concept of plea-only advocates, saying in many cases it will be “positively wasteful” to have the same advocate appear in every hearing.

In a subsequent debate, BSB chairman Baroness Ruth Deech said the BSB was giving due weight to the 350 responses to the fourth and final QASA consultation, and indicated that the battle over non-judicial assessment is not over. “Solicitors and barristers should face the same assessments,” she said.

Legal Services Board chairman David Edmonds told delegates that there should be a “proper range and variety of assessment techniques” and that he “despaired” to think that the different branches of the profession could not work together to agree a quality assurance scheme. “If they can’t, it will be a huge reflection on the profession,” he said.

In her speech, Ms Spencer said QASA provides “a golden opportunity for solicitor-advocates to compete in the advocacy market with reignited confidence… Gone will be the days of tribal carping that generates a myth that some solicitor-advocates are an inferior sub-species of advocates.

“At the same time, the development of ABSs and other business models place solicitor-advocates at an enormous competitive advantage over the Bar. The skills the Bar will need to acquire to achieve direct access, including developing capacity to demonstrate regulatory compliance in order to handle clients’ money, means that solicitor-advocates are streets ahead of the game. We must seize this competitive advantage and run with it for all it is worth.”

In his speech, Mr Hudson said that while many smaller firms rely on a referral Bar, that does not mean there are not problems. “Has anyone here not experienced the frustration of a clerk telling you, at very short notice, that the barrister with whom you and your client have worked and are relying on can no longer do the case? And promising you a very talented member of chambers instead?

“And the problems when you realise exactly why that barrister was available at such short notice? … This does not happen with solicitor-advocates. They are part of a firm which is committed to the client.”

But Ms Spencer said the profession should not lose sight of the bigger picture and that the three main branches “share the same aim of maintaining the highest ethical and professional standards. Wherever possible the profession needs to speak with one voice if that voice is to be heard. More unites the profession than divides it.

“If we are seen as perpetuating self-interested turf wars, the government will simply divide and rule us, we will lose the floor and most of the arguments.”