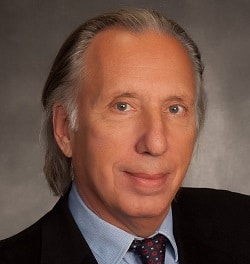 The pioneering owner of an innovative law firm that was “ahead of its time” but failed has taken the highly unusual step of laying out the reasons why it did not work, and warned that “innovation is much more difficult and fraught with fiscal peril than most imagine”.

US lawyer Mark Cohen, who co-founded the firm, Clearspire, with a businessman in 2010, said it sought to provide a low-cost model of legal services delivery through a law firm and associated service company that could raise capital.

But it closed its doors after just four years in operation.

The core elements of Clearspire were self-developed web-based technology, deploying the ‘right lawyer for the right task’ based on experience, expertise, and the value of the matter to the client, and ‘statements of work’ (SOW) for each matter.

The SOW involved related contracts between Clearspire’s lawyers and the firm, and Clearspire and the client. The SOW described the different phases and tasks of the engagement – who was assigned to perform what tasks; deliverables; due date; and cost. This created price predictability, accountability, transparency, and cost-reduction.

Writing a detailed post mortem on the law firm for the first time, Mr Cohen – who is now a writer and speaker on change in the legal marketplace – said: “Clearspire holds a special place in the evolution of the legal industry. It is remembered both as a transformative legal delivery company as well as ‘the next big thing’ that went belly-up.”

He explained that he contemplated setting up in the UK after the Clementi report was published, but the Legal Services Act would not be implemented for several years after Clearspire was conceived and, in any case, the founders knew “the US market better”.

He claimed that while it failed as a business proposition, nevertheless its “groundbreaking model and vision are very much in evidence in today’s marketplace and will no doubt be successfully replicated by others”.

He attributed the failure to a number of factors, including that the firm was “too sweeping and aggressive” in what it attempted and that it misjudged the market’s appetite for change, proving “too revolutionary for the conservative legal industry at that time”.

Although it calculated that providing large companies with lower-cost services would be attractive to businesses forced to reduce overheads, it turned out that corporate counsel were risk averse.

While they might have embraced a “staffing company” that supplied lower-cost lawyers, using a law firm like Clearspire was a step they were unwilling take.

Mr Cohen said: “[The market] was not, in the years immediately following the global financial crisis, ready to assume the risk of ceding responsibility to an upstart law firm like Clearspire.”

Other factors included Clearspire’s tendency to “mimic” the hiring policy of large firms, rather than choose lawyers with less conventional pedigrees.

It tried to do too much, too quickly and “would have been immensely successful had it embraced a more incremental roll-out of its sweeping vision of change”, he said.

It was also under-capitalised, although the owners and “friends and family” sunk some $7m (currently £5m) into the venture – of which $5m was spent on technology.

The platform, known as Coral, was “a Ferrari that was driven around the neighbourhood at 10 miles an hour; it was a grossly under-utilised asset”.

Mr Cohen said he had few regrets but had learned lessons. Speaking to Legal Futures, he said: “Innovation is much more difficult and fraught with fiscal peril than most imagine…

“[It’s] a bit like life: sometimes you do your best but don’t succeed—in the short term, anyway.

“That’s not losing; it’s preparation for moving forward and evolving from the experience. That’s what I have tried to do and it seems to be working.”