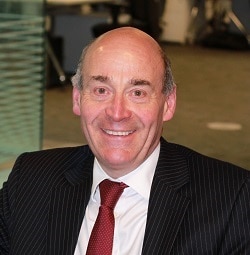 Green: dealing with CMC complaints has been worth the effort

Plans by the Legal Ombudsman (LeO) is to give comparison websites details of complaints against law firms will be delayed by the service’s computer problems, it has emerged.

Kathryn Stone, the chief legal ombudsman, said it was “most likely” that the data would not be released before 2018, when new IT systems were in place.

LeO was recently forced to remove from its website details of law firms and chambers that were the subject of complaints because of concerns over accuracy.

According to minutes of the most recent meeting of the Office for Legal Complaints (OLC), LeO’s governing body, Ms Stone said data had been “incorrectly extracted”.

She told a press briefing on LeO’s new strategy and business plan yesterday that LeO needed “to get the IT in place first”, before data could be handed over to comparison websites “in the most effective way”.

Ms Stone said she believed comparison websites “really are the disruptors” in the legal services market.

“They’re on their way in terms of making sure information is out there for consumers. We need to ensure consumers are making informed choices, and when they’re using these websites, they’re comparing like with like.”

Ms Stone said a mystery shopping exercise carried out by LeO found that one comparison website produced two quotes of £3,000 and £15,000 from law firms for the same divorce work, with no clear information about what the difference was.

Ms Stone said she had been involved in discussions with comparison websites on the use of complaints data, but LeO had to be “cautious” in its approach.

“We’re not talking about buying a fridge freezer or a guitar, or a holiday or a train ticket.”

She said LeO would be creating a specialist data and insight team, so its “very rich seam of data” could be used in a “much more constructive” way.

“My job is to be impartial. I’m not here to be an advocate for the profession or a consumer champion.”

Nick Hawkins, chief executive of LeO, said the transfer of LeO’s jurisdiction over claims management companies (CMCs) to the Financial Ombudsman would “realistically” not happen before 2019.

Mr Hawkins said he had come to the press briefing from a Treasury meeting, where he was told it would take 18 months from legislation being laid in Parliament before any changes in the regulation of CMCs could happen.

LeO took over responsibility for handling complaints about CMCs from the Ministry of Justice in January 2015.

It currently handles around 3,000 complaints about CMCs every year, at a cost of £3m. Transferring the jurisdiction to the Financial Ombudsman was recommended by the Brady report on the regulation of CMCs, and accepted by the government in last year’s Budget.

“The decision was made some time ago, and we’re now discussing the implications,” Mr Hawkins said.

Steve Green, chair of the OLC, added: “It will end up having been a very short jurisdiction – three to four years – but it’s been worth doing.

“It was worth doing in that consumers needed it and we made a difference in the market place and helped to bring about improvements.

“We’ve used the jurisdiction to learn how to do things differently. A lot of lessons we learned in the CMC jurisdiction will be applied to the legal one.”