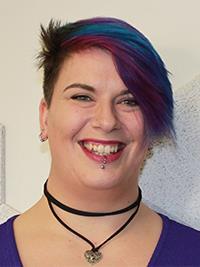 The Legal Ombudsman (LeO) is exploring whether to use big data and machine learning technology to suggest outcomes and make recommendations in resolving complaints about lawyers.

The plans were revealed in a collection of articles produced by the Legal Services Board to solicit views from regulators, regulated groups and others about how regulation could support innovations in technology to improve access to justice.

Senior ombudsman Mariette Hughes, who is is charged with improving the watchdog’s efficiency, said a first step might be to use technology to triage decisions about the risk and complexity of incoming cases in order to know which staff resources to devote to investigations.

“Automating this area of work would mean things move more quickly through our process and would free up staff to focus on the investigation of complaints,” she said.

In future, machine learning technology could be used “to identify patterns and trends between complaints made and outcomes reached and support [LeO’s] objective to share learning and insight from cases with the profession”.

She continued: “The technology could be used to suggest outcomes and make recommendations for resolution, based on the trends and correlations identified in existing data sets.”

However, she cautioned that maintaining the human element in investigation was vital: “It is important to remember that effectiveness is not always about speed; it is also about accuracy and freeing people up to undertake the complex elements of our work, and to have the time to build relationships that can ultimately support the resolution of complaints.”

Meanwhile, LeO has issued guidance on its approach when considering complaints as a result of the difficulties brought about by the coronavirus, making clear that it would be flexible.

It recognised that some lawyers were operating “a reduced service”, while others have closed altogether, while “many complainants do not have the capacity to follow a complaints process at the moment”.

While LeO still expected lawyers still to complete investigations into any complaints within the eight weeks they are normally given, being open and honest with clients about delays, and keeping evidence of the problems faced, would be taken into account.

It was the same for those struggling to respond to a LeO investigation, to the point where one option would be to suspend it until the situation improved.

Lawyers would also not be penalised for refusing to take on a client if they were complying with government guidance, or their business has been “affected with levels of absence which mean you are unable to accept new business”.

LeO said it would expect the six-month period for clients to make complaints to be sufficient for most people, even under current conditions, but that it had the discretion to extend this if that was deemed appropriate.