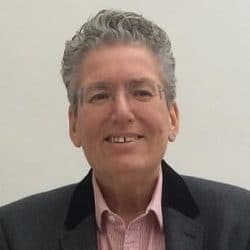 The Legal Ombudsman (LeO) was more likely to make a finding of poor service against a lawyer than not in 2018/19, reversing the trend of previous years, its annual report has shown.

The report said the key issues LeO faced in the year have been the combined impact of three factors on performance against KPIs.

These were its investment in modernisation “and the time it has taken for fundamental changes to bed in; significant pressures on operational staffing arising from higher than anticipated staff turnover in a highly competitive recruitment market and high levels of staff sickness; and variability in performance and productivity with existing resource”.

LeO closed 6,206 cases in the year to 31 March 2019, with 41% going through to a decision by an ombudsman rather than an agreed outcome between the parties. This was significantly higher than the 33% in the previous year, which LeO said reflected the service clearing its backlog of older cases, “more of which went all the way to the end of our process”.

Also in previous years, LeO awarded no remedy in a similar majority of cases where poor service was found, but that dropped to 44% in 2019/19.

Delay/failure to progress, failure to advise, poor communication and cost were the main causes, although there was a drop in failure to follow instructions as a reason for complaint.

“Under our new case management system and operating process, our ability to progress cases in line with our timeliness KPIs is significantly improved.”

LeO also exceeded its 85% target for customer satisfaction with the service, hitting 92%.

“Our underspend this year reflects the impact of high staff turnover in year and the need to control unit cost in the medium term,” the report said.

We revealed earlier this month that LeO was struggling with case closure targets amid high staff turnover – the report said it had a staff turnover rate of 18.5%, while the average days per employee lost to sickness was nearly 12, both well above the public sector average.

During 2018-19, the number of complaints against lawyers that were accepted for investigation fell from 7,527 the previous year to just 4,022.

The report said: “This change can be attributed to our new business process which was designed to deal with legacy cases from our previous case management system.

“Our new customer assessment tool, launched in 2018-19, has also enabled people to come to us at the right time with the types of issues we can help them with, and has given them a better understanding of the complaints system.”

Wanda Goldwag, chair of the Office for Legal Complaints – which oversees the operation of LeO – said in her introduction to the report: “Although performance against our new KPIs has improved during 2018-19, it remains mixed; in 2019-20 we must achieve consistent and sustainable performance.

“We have been particularly concerned by the lower than planned level of output, and the impact this has had on our unit cost KPI.

“The OLC is under no illusion about the scale of the task to deliver sustained improvement in performance and recognises that it will take time to address our current challenges, particularly if case numbers and complexity continue to increase in the legal jurisdiction.”

Rebecca Marsh, the chief ombudsman and chief executive, wrote that she was pleased with the progress LeO has made, resulting in “a more stable organisation, which will enable us to deliver a better quality service to our customers”.

She continued: “There is much more work to be done for us to achieve a sustained and consistent level of high performance.

“Customer experience has improved in terms of the quality and timeliness of investigations, particularly with the removal of waits for ombudsman decisions, but the wait time for cases to be assessed is still too long.

“There is still a way to go to meet the levels of service that people expect from the Legal Ombudsman.”