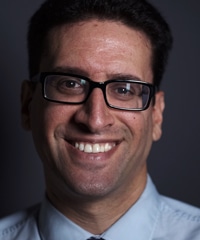 The Legal Ombudsman (LeO) has received just under 1,000 consumer ‘contacts’ about claims management companies (CMCs) in its first three weeks of complaints handling, it has emerged.

However, of the 1,000 contacts – a mixture of enquiries and complaints made by phone, e-mail or online – LeO has accepted only 37 for investigation.

A spokesman said that 64% of the contacts related to PPI, with a further 23% relating to the mis-selling of mortgages. He described the remaining 13%, which includes personal injury, as “varied” in origin.

The spokesman added that around 160 complaints had been classified as ‘premature’, meaning that CMCs’ internal complaints procedures had not been exhausted.

LeO took over responsibility for complaints about CMCs from the Claims Management Regulation Unit (CMRU), based at the Ministry of Justice (MoJ), on 28 January this year. LeO has recruited a team of 30 to handle the new work.

Alan Nesbit, managing partner of the Nesbit Law Group and chairman of the Association of Regulated Claims Management Companies, said the fact LeO appeared to be rejecting so many complaints stemmed from the fact it offered redress and compensation.

“If you complained to the MoJ about CMCs, there was no redress and you might not hear about the result of your complaint,” Mr Nesbit said. “It was almost like a tip-off. There was no need to explain what happened afterwards.”

Mr Nesbit said he suspected that the vast majority of complaints came to LeO via signposting from the MoJ, and although he knew LeO had a publicity budget for its new work, he had not seen anything yet.

“Educating the CMCs is probably more important. People need to raise the complaint with them in the first place. The vast majority of smaller CMCs are probably unaware that LeO is available to deal with a complaint.”

Mr Nesbit said the number of contacts received by LeO in its first three weeks was slightly higher than the figure of around 900 per month the MoJ recorded last summer.

Andrew Cullwick, head of marketing at First4Lawyers, said it was interesting that LeO originally forecast 3,000 complaints per year and established a charging structure based on that figure.

“It certainly doesn’t surprise us that the volume of complaints LeO are receiving about financial CMCs are far higher than the PI sector. It only further supports our argument during the consultation process that the financial services sector should shoulder a wider share of the funding costs.”