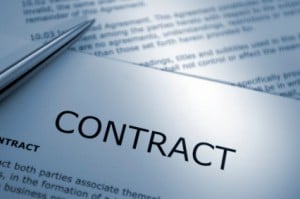 LeO: Consumer credit work could include “simple arrangement” to pay fees by instalments

Law firms should issue two separate retainers to clients where they are provided with consumer credit as well as purely legal services, the Legal Ombudsman (LeO) has suggested.

LeO was responding to plans by the Solicitors Regulation Authority (SRA) to stop regulating consumer credit work, and leave it to the Financial Conduct Authority (FCA).

The move has been strongly criticised by the Law Society but supported by the Legal Services Consumer Panel. Consumer credit work includes debt collection but also entering into a credit agreement with clients as a lender.

LeO said in a letter to the SRA last month that it is important for lawyers to make their position clear to potential customers before the service is provided, so that customers understand their rights, who the relevant regulator is, and where to obtain redress if they have a complaint about the service provided.

“One way this could be achieved is by the consumer being given two separate retainers and client care letters – one for the consumer credit activity and the other for the legal service.

“To achieve this, the SRA and Financial Conduct Authority would need to work closely on identifying those activities carried out by lawyers which may or may not be considered consumer credit activities.”

The consultation response that LeO was concerned about the wide definition of “consumer credit activity”, including a “simple arrangement” where a firm’s bill was paid through instalments. In this case, the arrangement would have to be regulated by the FCA.

“It’s entirely possible for lawyers to argue the point just to dispute our jurisdiction, or in order to have the complaint heard by the organisation which they consider would give them the most advantageous result – the Legal Ombudsman or the Financial Ombudsman Service,” it said. “There should not be a ‘choice’ about where a complaint should go.”

LeO said it was also concerned about the potential for “customer confusion” about where to take a complaint.

“Where the complaint is actually about a consumer credit activity, it should be taken to the Financial Ombudsman Service.

But, for many consumers that distinction may not be clear, so there is a strong likelihood that complainants would assume they can bring any complaint about that service to the Legal Ombudsman, rather going to the Financial Ombudsman Service for consumer credit activities.”

“On balance, therefore, we believe that further consideration should be given to reducing the impact of any consumer detriment as a consequence of the proposed changes.”

Launching the plans in October, the SRA estimated the number of firms involved in debt collection alone at 1,100.

Transitional arrangements for the regulation of consumer credit work by the SRA, replacing a group licence it previously held from the Office of Fair Trading, will expire on 1 April 2015.